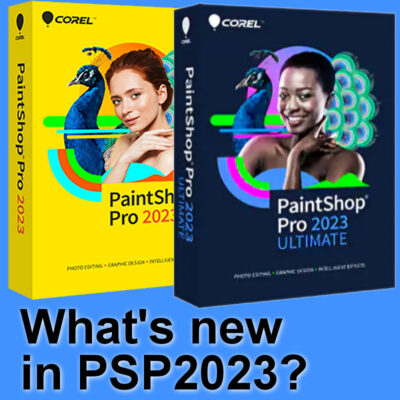 PaintShop Pro 2023 has just been released and includes some new features. Some of them have been requested for a long time, others are just great additions. Let's have a look at some of those new features and how you can use them.

This has been a long-time request by photographers. Focus stacking allows the user to layer several photos taken with different focus distances and combine them into a single shot. If you take still photos with a tripod and use different images like that, you will probably love that new feature.

You can access the Focus Stacking command in the File menu. It is available in the Essential, Complete, and Photography workspaces.

Choosing that command, you will get a separate dialog window where you will be walked through the steps to take. 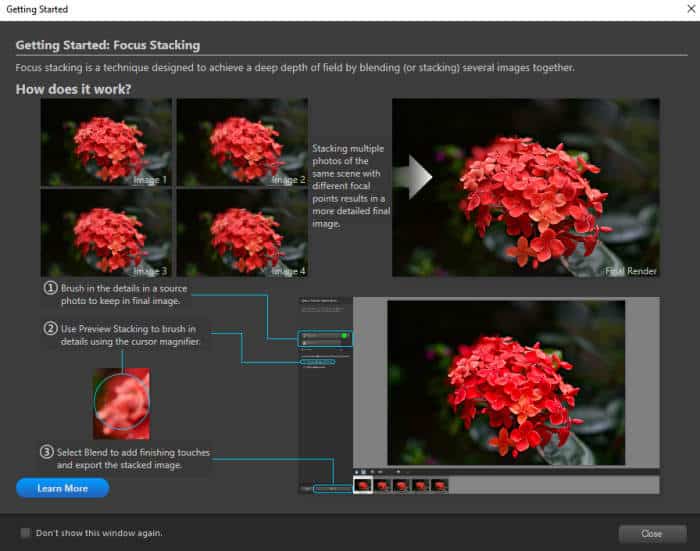 For a more detailed illustration of this command, you can watch the video tutorial in the Discovery Center.

If you are just using "ordinary" photos without multiple shots, that new feature might not be much use to you.

AfterShot is a separate product from PaintShop Pro and it is used by photographers to make adjustments to their photos. In this version of PaintShop Pro, some functionalities of AfterShot have been integrated into PaintShop Pro directly. This will allow you to perform some adjustments without having to go out of the program and come back if you want to continue with PaintShop Pro.

AfterShot is meant to make adjustments to RAW files. So you won't be using that with your regular JPG images. If your camera can shoot RAW files, you will then get access to a lot of settings. Check out the video tutorial in the Discovery Center.

If you only use a simple camera or your phone to take pictures, you are unlikely to be using this feature. The access to the command will be available only once you upload a RAW to your workspace. At least, it means that if you don't need it, it won't take up space.

In PaintShop Pro 2022, the Frame Tool was added. It works a little like a mask and allows you to add photos inside of a shape. In the initial release of this feature, you could only use ellipses and rectangles as shapes. In PaintShop Pro 2023, you can use any of the Vector tools to create those frames.

You can use text to showcase an image. 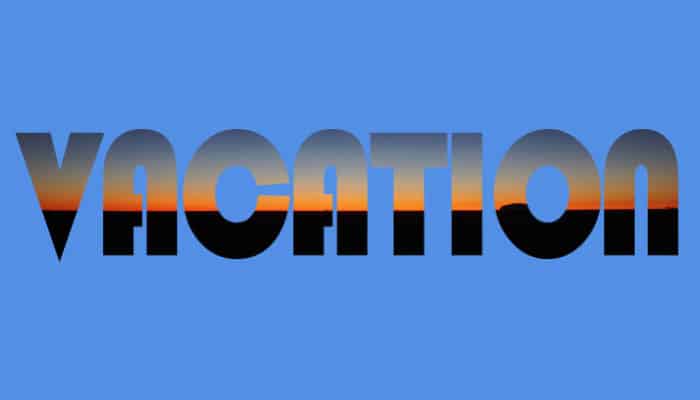 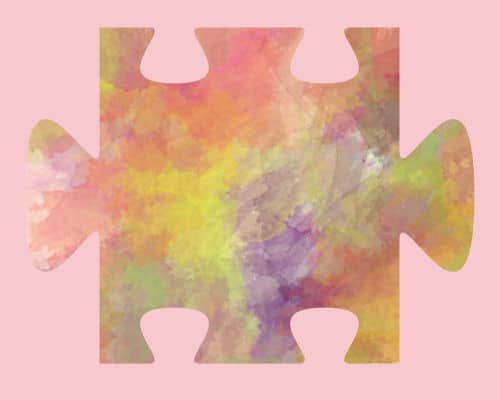 Of course, if you want to add shadows and other details, you will have to work with the Frame tool group just like you would with a Mask group.

Since many versions, PaintShop Pro had the option to align or distribute vector objects on your canvas. However, we now have a different way to align elements and they can be anything. Here is an example. I have all those dots scattered on the canvas. 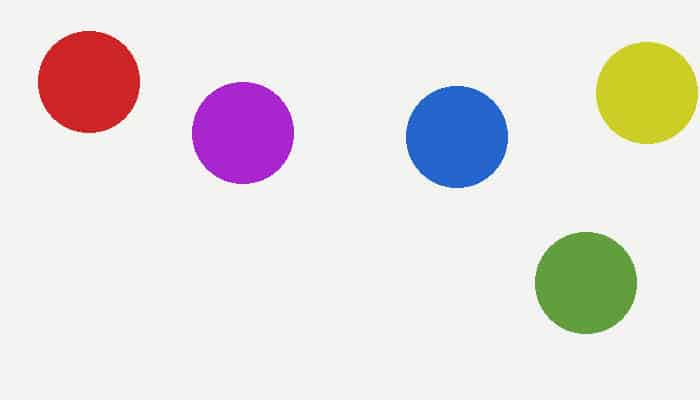 By activating the Snap to object (which is just below the Snap to Guides in the View menu), the different dots will snap to each other in various ways. You have to imagine a guide going through each of them, horizontally and vertically, AND more guides on the top, bottom, left, and right edges. This allows me to align them in this way: 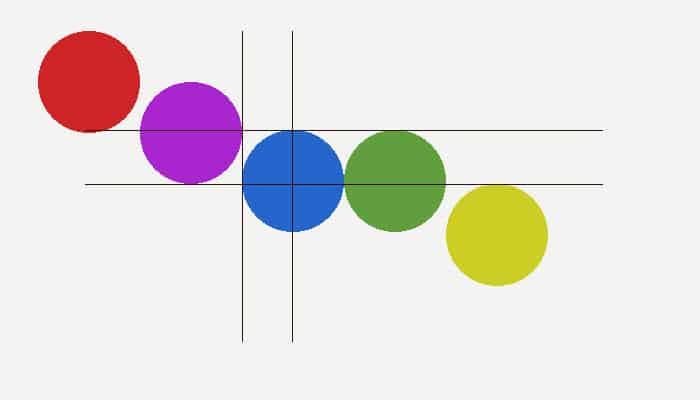 In this example, all the dots were identical in size but the same thing would work if they are different sizes or even different shapes. 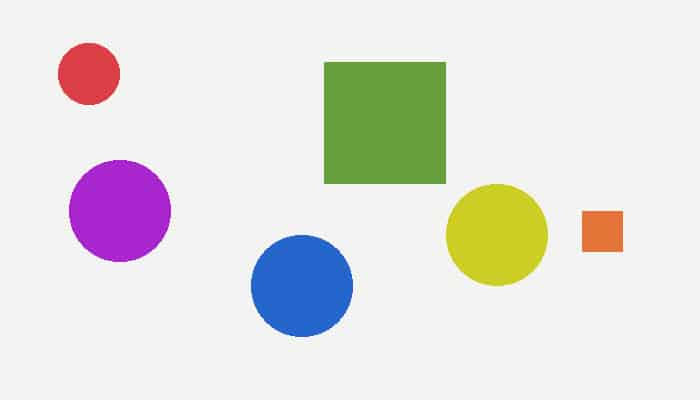 And I can align them all based on the green square: 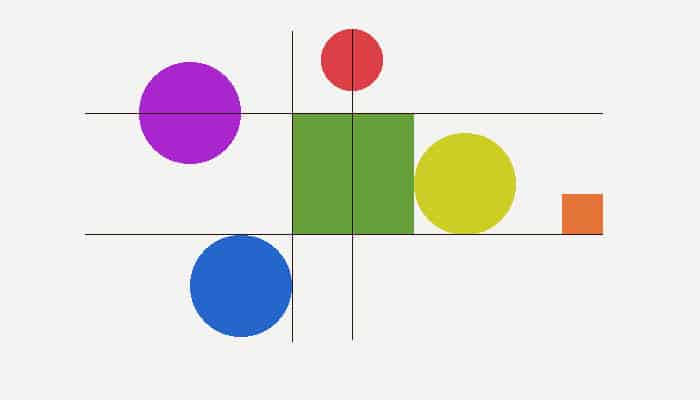 This is going to be a timesaver as you won't have to place a guide on the edge of a particular element you want to use as a main "guide"; PaintShop Pro will automatically consider ALL the edges of ALL the elements on your composition. Of course, if you are working with a lot of layers and are moving many of them, they might end up snapping to the wrong one, so just be aware of that.

If you have been using Blend modes in the past, you know the annoyance of having to select them, one by one, and applying them in order to see if you like the effect or if it is what you are hoping for. Unlike other commands and settings, the Blend modes didn't have a real-time preview. Until now! This will make the process so much easier that you are surely going to be using the Blend modes more often. Just like the font, you can move your cursor through the different Blend modes, and see what the result will be, even before you apply it. 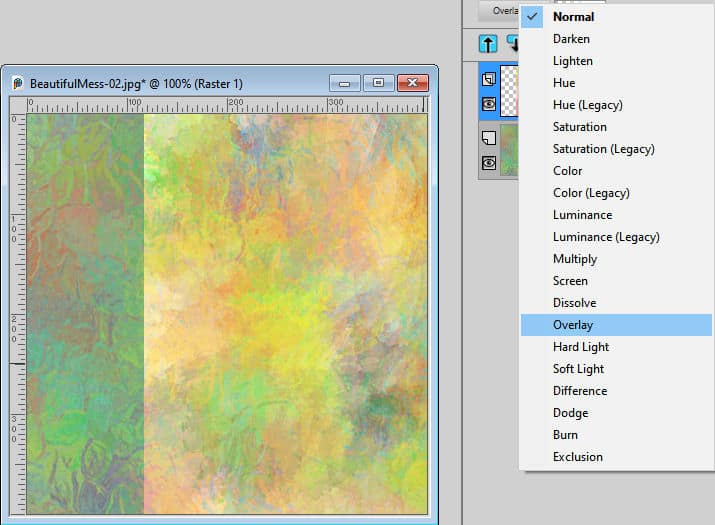 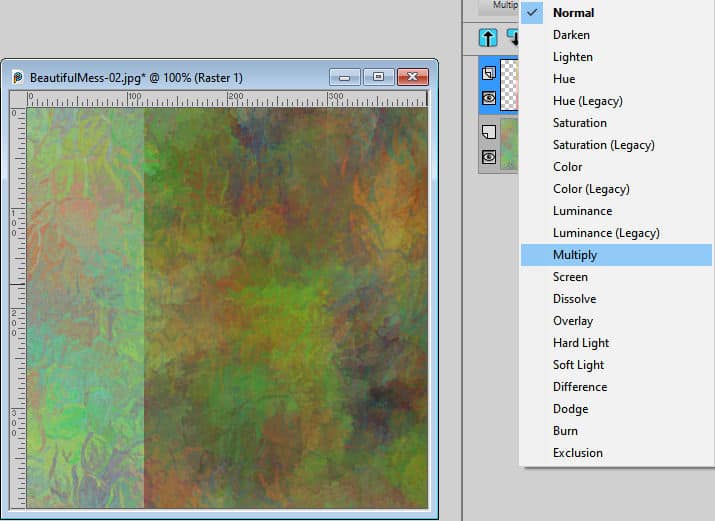 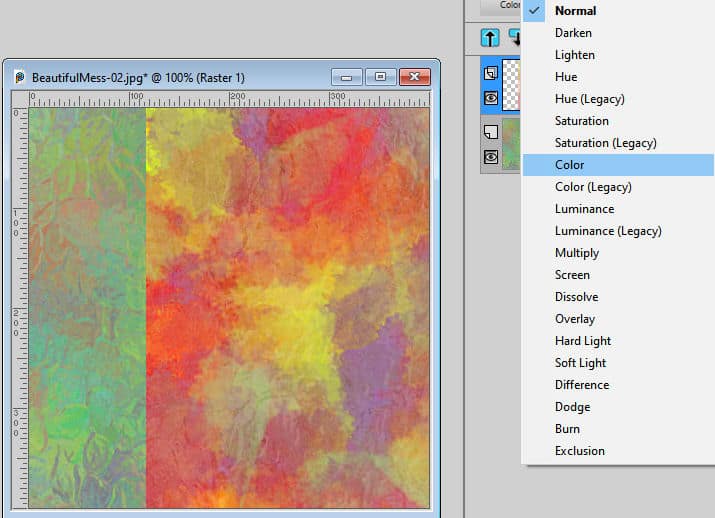 Since it will be so much easier to see what each Blend mode will look like, you are more likely to use them and mostly, to use the ones you typically were skipping. In the past, I would usually look at 3 or 4 Blend modes, but now, I know I will check out the others too!

A few versions ago, PaintShop Pro added some Templates (they call them Templates, but in scrapbooking terms, they would be Quick-Pages). In 2023, the interface for those Templates is more user-friendly. The first thing you will notice is the fact that you can now view 9 template thumbnails at once instead of only 3. That will make it easier, and faster, to scroll through them. 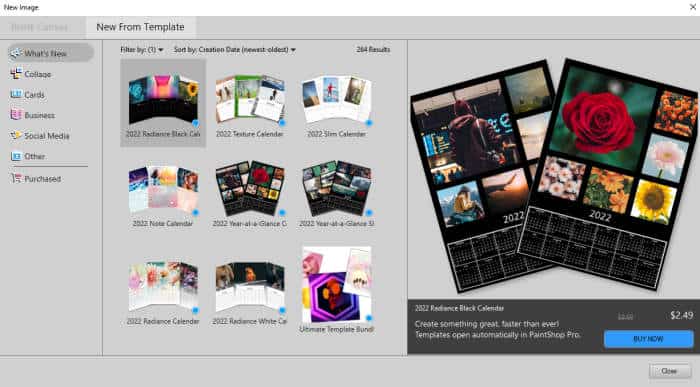 Another enhancement to this feature is the new ability to filter through numerous templates. And if you are looking for free templates, you can sort them in order of price, from lower to higher. 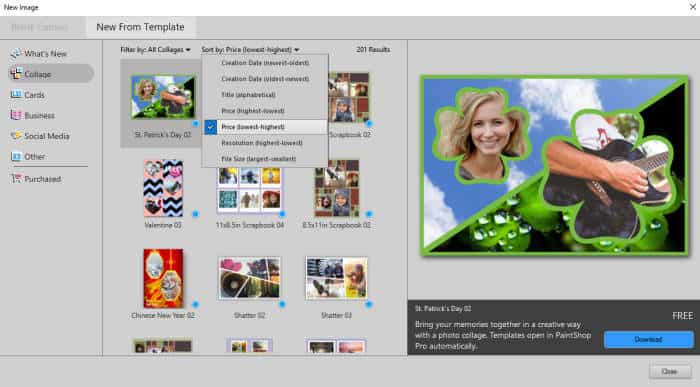 And of course, many new templates have been added since the last version.

When using the Pick tool to rotate a raster element, you had the option to set the angle very precisely, to the thousandth degree. Unfortunately, when dealing with Vectors, you didn't have that option. That is until now. In PaintShop Pro 2023, you have the same setting for the Angle as you had for the Raster layers. You can now rotate that arrow, or that line exactly at 90 degrees, instead of having to guess.

On its own, it might not sound like such a big thing, but it will surely save you time as you can now be precise and mostly see the result immediately, and be able to adjust the value. You won't have to go to the Rotate command, guess a value, apply it, and have to undo and choose a different setting until you are happy!

Of course, for every version of PaintShop Pro that comes out, there are bugs. That is the inevitable reality of programming. However, sometimes, we manage to see some bug fixes that will help us.

In a couple of the last versions of PaintShop Pro, bound scripts added to a menu would simply disappear once you restarted the program. This was really inconvenient as those bound scripts were meant to be timesavers. Now, you can use them again. There is a whole series of scripts meant to create groups with Adjustment layers, and now, you can bind each of them, and add them to the list of Adjustment layers, allowing you to choose whether you want to have them alone or grouped with a particular layer.

Unfortunately, there are some particularities with PaintShop Pro 2023 that might affect your workflow, depending on how you use it.

If you want to work around the inconveniences mentioned above, simply keep an older version of your PSP so you can access all your older plugins.

The decision to upgrade or not will depend on multiple factors. If you were looking forward to the new features like the Focus Stacking and the AfterShot Lab for RAW files, you will love this new version. On the other hand, if you know you would not use those particular features, you will have to ask yourself if the other improvements are worth it for you. And finally, considering the few drawbacks, are they going to hold you back in your workflow?