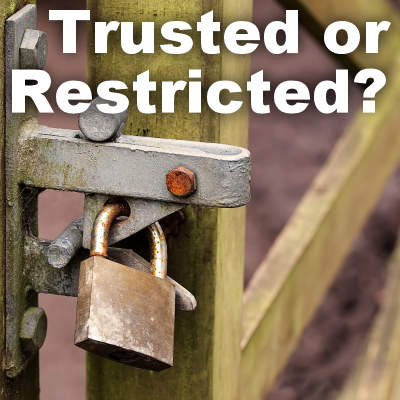 When you purchase or download scripts, you have to save them in a specific location. You might have noticed that when you installed your version of PaintShop Pro, among the subfolders that are created, you will find one called Restricted scripts and one called Trusted scripts. Why is that?

The name of this folder implies that the functions executed by the scripts are somewhat limited. Typically, most commands in PaintShop Pro that you would have recorded should be allowed so if you use the Record button to create your own script, it will be saved in the Restricted scripts folder by default.

If you get a script and you are unsure of its source, it is always a good idea to save it in the Restricted scripts folder first. If they need to be moved, you will be told so.

This folder, as the name implies, expects you to really TRUST the source. The reason is that EVERY command will be allowed in this folder. This includes commands that would have a permanent effect on your files or your computer, like closing a file, saving a file, deleting a file, creating a new file, etc. In addition, some very specific advanced commands will also need to be executed from the Trusted scripts folder. Unless you code scripts, you might not have to worry about it for your own scripts. In any case, always check the readme file for instructions where to save your script.

In the wrong folder?

If you accidentally put a script in the Restricted scripts folder and it should have been in the Trusted scripts folder, you will likely get an error message in the Script Output Palette saying something similar to this:

Typically, it means that you put the script in the wrong folder. That is not a problem. Move it and it should run properly.

But it is in the Trusted Scripts folder!

What if you have checked and you have only one copy and it is in the correct folder and it still says that you need to put it in the Trusted scripts folder? What can you do? In a handful of situations, the script is in the correct folder, however, the File location setting has been set incorrectly. This is something that might have been set a while ago, so it is easy to be unaware of this issue. To check this possibility, go to File > Preferences > File location and see if the folders are correctly associated: 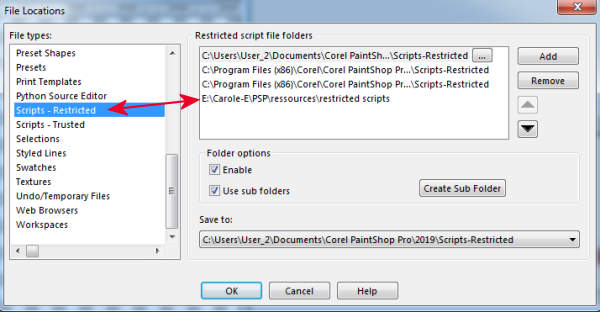 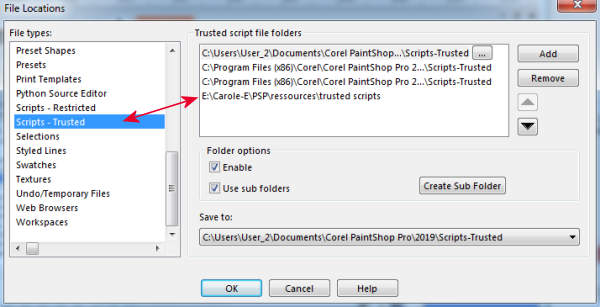 Does that make sense to you now? If you are still experiencing issues, just drop an email to the script maker and explain your problem. It might also be a bug in the script (it has happened to me too!).