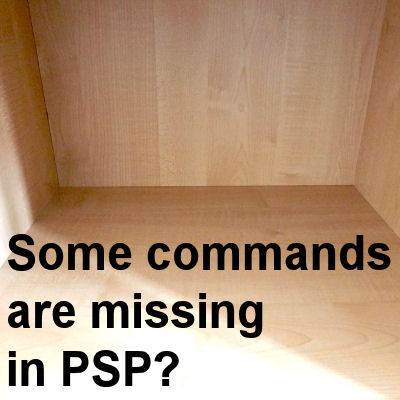 Some commands are missing in PSP?

Every version of PaintShop Pro is slightly different than the previous one. Some new tools will appear in the current version, some commands might change, some functions will be added, the interface gets modified. However, you might have a hard time finding some commands and tool. Are they missing?

Occasionally, a tool will have a different name. This might cause some confusion as you might now be looking for something, and can't find it. One example of this is how the Raster Deform tool became the Pick tool in PaintShop Pro X.

There are also a few commands that have changed name like the Color Balance that became the White Balance in PSPX5.

Some tools are moved to different places in some new versions. It probably makes sense to the developers and programmers but as a user, we don't know ahead of time so opening that new version, we wonder where they went. Let's look at some examples.

In version 9 and below, you had a group of commands including the Deform, the Perspective Correction, the Straighten and  Mesh Warp tools. In version X, those tools appear into different groups: 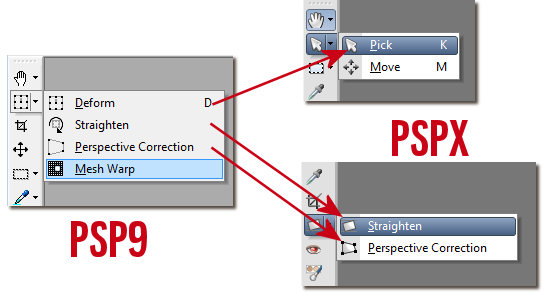 And furthermore, the Mesh Warp, that was with the Deform tool was combined with the Warp Brush from another group, to form yet a third group. 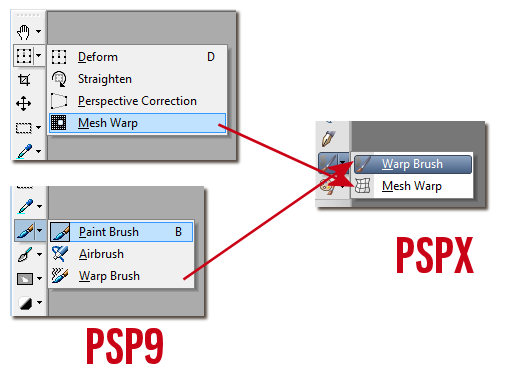 Then, the Move tool, that was alone in the Tools toolbar has been combined with the new Pick tool in their own group.

The same thing can happen with the various commands available under the menus. For example, the Negative Image command used to be under Adjust > Color Balance but now, it is moved under the Image menu. 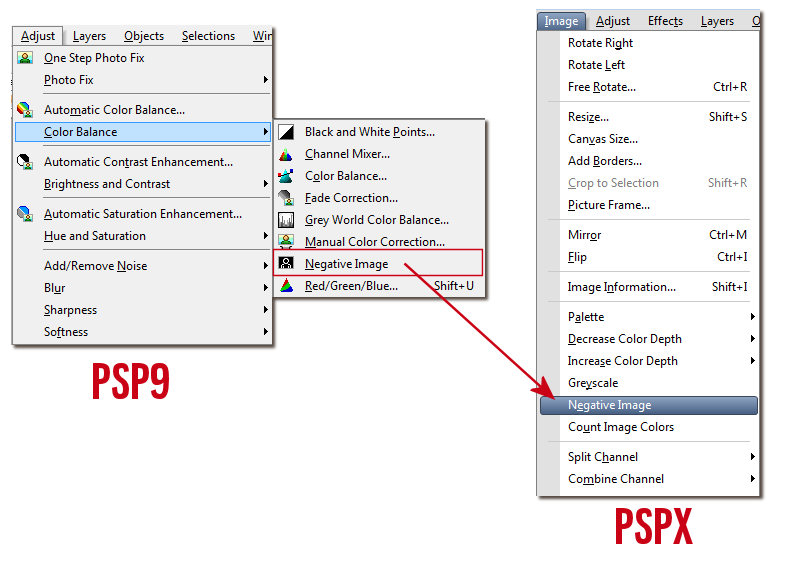 Is that better? Does it make more sense? Usually, I would say it does make sense, however, when you are used to tools in a certain location, and you find yourself searching for them, you won't feel like that, at least at first.

Two commands that seemingly disappeared in version X are the Greyworld Color Balance and the Manual Color Correction.

If you go to View > Customize, in the first tab, you can see Unused commands. Once you click on it, a set of commands will appear on the right-pane. And voilà. That is where you can find those "missing" commands.  If you want them back, simply drag and drop them from that dialog window into the menu you want. 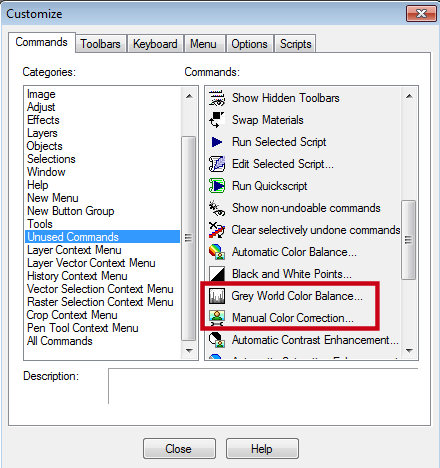 And once those commands are re-added where you want them, they will just appear as if they never disappeared.

If you want to follow a tutorial, and they are asking to use a tool or a command that you cannot seem to find, maybe it has a new name, a new location or it was just stored away, but don't worry as nothing is really gone.

And if you have any issue, you can always post the question in our forum or our Facebook group.

8 thoughts on “Some commands are missing in PSP?”