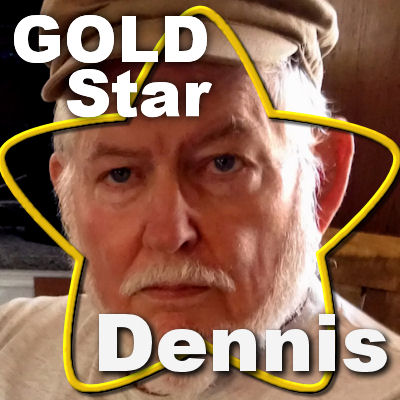 This month, we will meet a rare member: a man in a field full of women. But that means that PaintShop Pro and especially scrapbooking are not exclusive to women!

My name is Dennis Davis. I am 77 years old. I am as old as dirt.  My wife, Sandy, and I have been married to each other for 56 years. She is wheelchair bound. I am her caregiver for the past 2 years.

We live near Albany, south of Salem, Oregon. Our house was originally a one-room schoolhouse.  When we moved here, the house had a boy’s and a girl’s bathroom, a blackboard, a porcelain drinking fountain, and a teeter-totter frame outside. We have an acre of land with 11 mature oak trees. Landscaping is one of my interests, so we have flowers, shrubs, trees, and critters.

I grew up on the southern California desert near Bakersfield. We lived on a lease in the oilfields. The lease was a collection of houses owned by the oil company. The nearest town was 28 miles away. The country was sparsely populated. There were 6 kids in my grade school class. Everyone on the lease worked for the oil company – drillers, rough necks, gang pushers, tool pushers, auto mechanics, diesel mechanics, carpenters, painters, welders, heavy equipment operators, pumpers, electricians, well pullers, plant operators, and roustabouts. Roustabouts were the labor force that assisted with all aspects of producing oil.

During my summer months going to high school and college, I was a roustabout. That was quite an experience! I learned how to drink beer, cuss, gamble, and carry on a conversation with adults. I learned how to think and solve problems. I learned about manual labor. Our main job was to lay pipe. Pipe over 3” in diameter was flanged and bolted together. Pipe under 3” was screwed together. A 36” pipe wrench was the weapon of choice.

My last summer on the oilfields, I worked on an oil rig. I was a rough neck. Teamwork, timing, and physical coordination were paramount. We drilled down past 3,000 feet before I returned to school.

I graduated from college with a degree in metallurgical engineering. I got a job with Bethlehem Steel at a steel mill in the Los Angeles area. I was given the opportunity of visiting their other mills, mainly on the eastern part of the United States. During the weekends we toured a lot of tourist spots. We went to Niagara Falls. Wow! What a place.  That brings up the Bucket List. Put these on the list – Niagara Falls, Carlsbad Caverns, Yellow Stone, and the Oregon coastline.

We decided that we wanted to move north. I saw a newspaper ad that a paper mill in Oregon wanted a chemical engineer. I figured that I could do that. A college degree indicates that you have engineering skills and are trainable. I got the job with Willamette Industries and worked in a brown stock paper mill for 32 years. We produced brown paper for grocery bags and boxes, and for a time also produced corrugated medium (the fluted portion of a box). I became the Pulp Mill Superintendent. I enjoyed the job. Every day was a good day. Some were better than others.

There was a lot to do in Oregon. Fishing was everywhere. I concentrated on trout. Then I found out that salmon and steelhead migrated up the rivers and streams. A steelhead is rainbow trout that migrates to the ocean and returns as a big bruiser. I fished from the bank.

Bird hunting was another avocation. We had quail and pheasants around the house. Hunting chukkas in the lava rim-rock canyons in eastern Oregon was just my ticket.

Built myself a greenhouse and raised cactus and succulents. Purchased quite a few, collected some from Oregon, and raised several from seed. Got the seed from all over. There were clubs and organizations that sold seed. Euphorbias and echinocereus were my favorites.

Rock hunting was a family adventure. Oregon has a lot of collectible rocks. Petrified wood and agates were 15 miles from the house. Eastern Oregon has obsidian, thunder eggs, sunstones, jaspers, etc. We started out tent camping and eventually graduated to a vacation trailer. We have a shed full of collectible rocks. Did a lot of lapidary projects. The kids and I made cabochons – belt buckles, rings, pendants, and display pieces.

Saw a lot of obsidian chips in eastern Oregon. The native Indians made arrowheads and the like. I figured, if they could do it, I could do it. I taught myself how to make arrowheads. Learning how to do it while wearing a loincloth was cumbersome. I never achieved the obvious artistry they put into their everyday tools.

Took up wood carving. My goal was to carve a cigar store Indian. Did not get there, but I did chip-carve table tops and wall plaques.

At some point in time, I became interested in target shooting. I particularly liked bench rest target shooting. That is an exacting sport, prone to errors. Tried silhouette shooting. I never got above average. Bird hunting with a side by side shotgun with an improved cylinder and the modified choke was more my cup of tea.

Gemstone faceting – What a beautiful hobby! I cut and gave away approximately 280 gemstones. I put the flat facets on gemstones as one sees at a jewelry store. I cut synthetic stones. Natural stones were too expensive. If a stone has great color, no cracks, large carat weight, and no inclusions, it is more than likely a synthetic. I gave the mounted stones to friends, relatives, grocery store clerks, the wife’s hairdresser, the dog groomer, and restaurant workers.

I belonged to a facet group. We were brutal to one another. Armed with 10X loupes and powerful lights, we did friendly bantering and certainly improved our output. One member placed second in the U. S. Faceting Group yearly competition. Cubic Zirconium was difficult to polish, but our choice of synthetic material because of its high refractive index, hardness, and low cost – 5 to 8 cents a carat for the rough.

Over the years, I took lots of pictures. Slides, prints, and digital pictures were displayed to the chagrin of relatives. Years ago, I purchased the PSP III program and did elementary photo editing. Recently, I decided I wanted to do more extensive photo editing and purchased PSP 2018. Wow! Did I have a lot to learn! The User Guide has 816 pages. I was going to read the User Guide, cover to cover. That may not be the best way to learn PSP. On the computer, I got onto Corel’s Discovery Center site. There are videos and texts galore. I was in hog heaven.

I am easily sidetracked. I jump from subject to subject. I needed some semblance of direction and goals. I was definitely learning PSP. Started out with Essentials and now seldom stray off Complete. Signed up for a Corel Webinar on an introduction to Particle Shop. I am hooked on Webinars.

The big breakthrough for me was to attend a Corel Webinar with Cassel as the instructor. I went to her Scrapbook Campus site. WOW! There was what I had been looking for! In the Basic Scrap Course 1, there are 5 Modules. Here it is – a theme, a goal, and lots of instructions on how to get the project done. I am gaining confidence and learning. There is so much information on photo editing and scrapbooking. Time goes fast when you are having fun.

The wife says I have had so many hobbies because I like to learn. That is true. There are enough projects and tutorials on the Cassel sites to keep me learning for a very long time. Amuse your friends and astound your adversaries has been my motto. 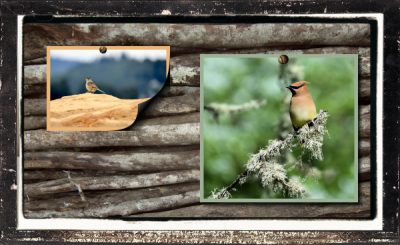 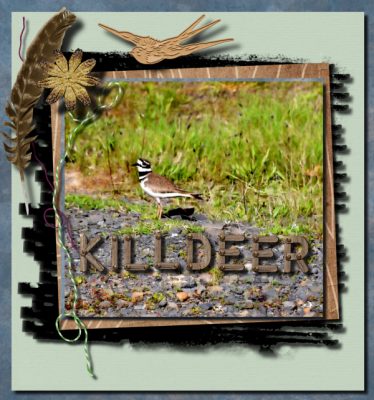 Do you want to gain access to a very large vault of tutorials and classes (hundreds of them) through our DIAMOND membership? You can do like Dennis and join. There is so much to discover!