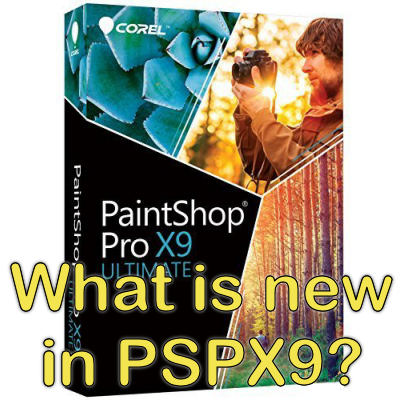 Today, August 16, 2016, is the official release of PaintShop Pro version X9. Whether you have version X8 or an older version, what will you find in this one? Of course, everything that was in X8 is also included in X9, but it also has some new features. Let's look at some of the most obvious ones.

When you start a project, you can either open a brand new image or use one of the current templates provided in the program. 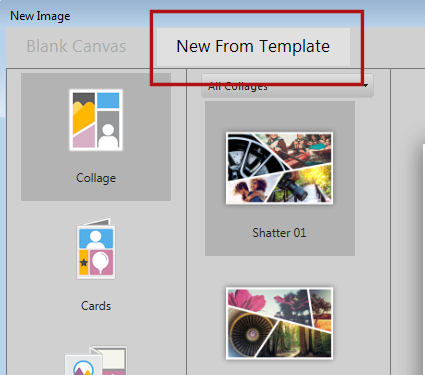 Some templates are free, others are paid for. I have to admit that they seem a bit pricey, especially for those of us who are used to purchase templates in the digital scrapbooking world. You have templates for different categories of projects, from collages to cards to social media headers.

One characteristic of those templates, unlike the familiar layered templates that can be purchased in psd format, they are actually .pspimages and include mask groups so you literally just have to drop your photo on the correct layer and it will display in the space for it without having to cut your photo.

There is currently a limited number of those templates, but hopefully, more will be added in the future.

In X9, you have a more streamlined way to create screenshots. 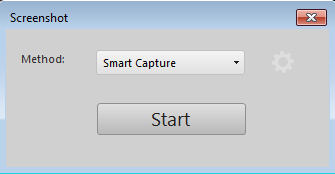 One nice new feature is that you can actually take a screenshot of your current program (including X9 itself) and also capture the cursor, which was missing in all previous versions. A little bit like the new Batch Process that appeared in X8, the setting of the screenshot capture is more step by step, so it is easier to follow.

This feature will likely help you if you are having issues with a tutorial or a tool and you want to ask specific questions about it.

This is a brand new tool that will allow you to set a gradient on any selection (or vector) and tweak it LIVE, before applying it. It definitely is a major improvement over having to guess the angle and placement of the color "nodes".

First, with the Gradient Fill active, choose the gradient you want to use and with your cursor, draw a line in the direction you want that gradient to be (no measuring needed!): 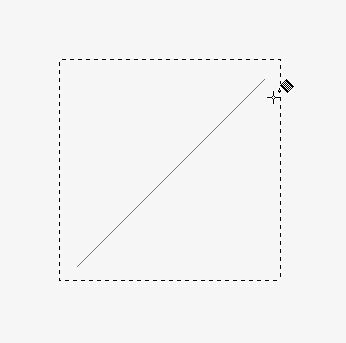 and when you let go, you get the gradient in that selection:

If you want to change the angle, you can grab that black icon that appears on the top right of the selection, and move it where you want: 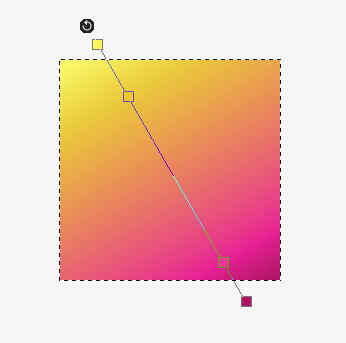 Finally, you can grab any of the color "nodes" and move them along that line to change the location where the colors change: 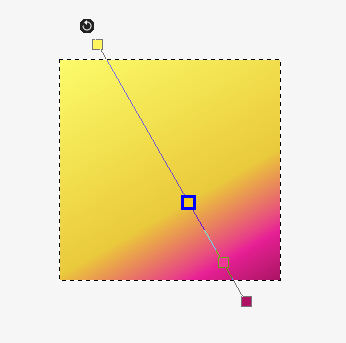 You can tweak your gradient as often as you want UNTIL you finalize it, at which point, it becomes like any "old" gradient or pattern, and you can't edit it anymore, but you likely won't have to since you were able to see exactly what it looked like before applying it.

Although since as long as I can remember, you had the possibility to save presets for the Text tool, in X9, you will also have a visual representation of those presets, making it much easier to pick the one you want. 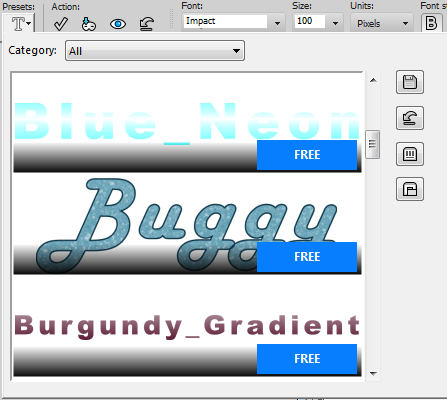 PaintShop pro X9 also comes with 26 presets already loaded for you to get started. They are not necessarily that exciting, but it is great to now have the option to "see" what you choose. Any preset you will save, will also be displayed in the same way, so this could become a great tool if you want to use special tags, titles, or journaling styles, and you won't have to guess anymore.

Do you sometimes wonder what tools, commands or settings you used to achieve a particular effect you like? I know I have and somehow I have the hardest time recreating. This new feature will automatically save the various commands and settings in the Image > Image information, under the Edit History tab. 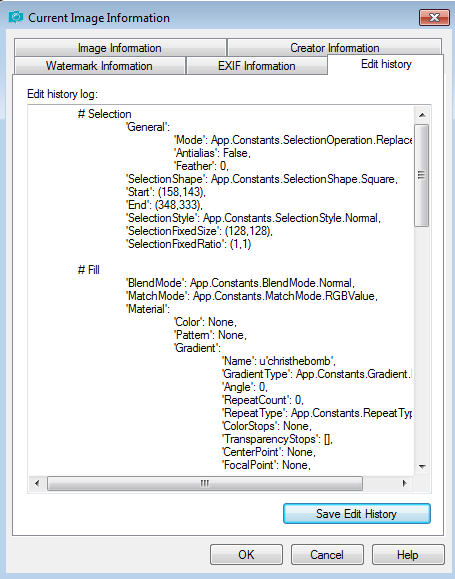 One thing you have to remember is that this history will only be saved once you save your image, not before and not while you work on it.

Once this history is saved, you can look back and see, for example, what was the name of the gradient used in the image (in the example, it was called "christhebomb". Will you finally be able to replicate those fun effects you created "accidentally"?

Although a seasoned PaintShop Pro user might find this new feature less than useful, a newcomer will likely welcome a bit of help to navigate the different sections of the program. So if you are fairly new to Paintshop Pro, you might want to go through that tour, the first time you will start the program.

In addition to brand new features, PaintShop Pro X9 will have a few enhancements.

I have not used either one of those programs, basically because i don't need them. Are they useful to you, to your projects and your workflow? Maybe so. That is really up to you.

Is it worth it to upgrade? Like for many versions, it will depend on how you will be using the program and if the new or enhanced features will be of some use to you. It also depends on what version you are currently using. Do you use the gradient tool often? The new gradient fill might be a fantastic time saver for you. Do you use fancy texts over and over again for a series of projects? Then the new Text presets will be appreciated. Considering that you will also get all the new features of X8, if you have any older version, it is definitely worth upgrading. If you currently have X8, you might or might not want to upgrade.

Either way, you can always download the trial version and try it for yourself. Remember that downloading an upgrade (if you currently have versions X7 or X8), it will NOT overwrite your current program, and will install on its own. 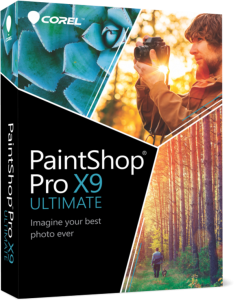 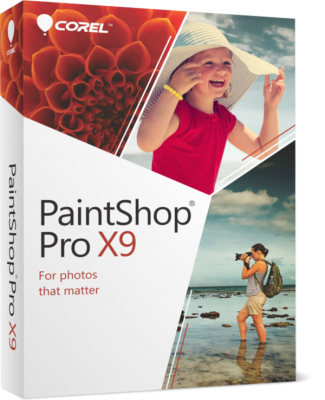