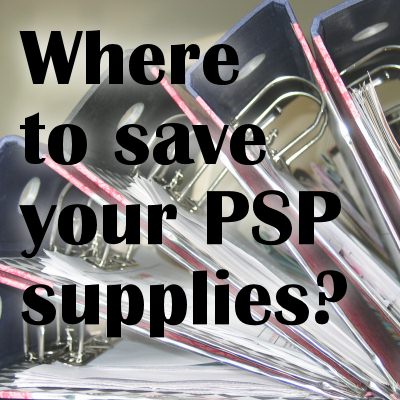 Where to save your PaintShop Pro supplies?

When you install PaintShop Pro, it will automatically create various folders for you to use to save your supplies. Although I don't recommend using those folders for storing your supplies and would rather prefer you use a completely separate section, you might still want to use them if you are just starting, or as a temporary storage space. If you are to follow the instructions in some README files when you download or purchase from the internet, the instructions might be confusing if you are not using the same PSP version they refer to. 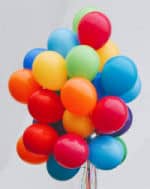 I don't remember the path to the folders for the versions before 8, but I suspect there are very few users with that version, still active. If you have version 8, the installation created a set of folders in your MyDocuments section called My PSP8 Files, and all the sub-folders were created in that folder. This means that the brushes needed to be saved in a folder that has a path similar to this:

Starting at version 9, the installation of PaintShop Pro created a single folder called My PSP Files. Notice there was no number given to this folder. In fact, it was the same folder used for all the versions from 9 to X3. This also has caused some issues when installing a version, which tried to create that folder, if it was already created. I had actually lost content that was stored in those folders when I installed another version of PSP. That is one of the major reasons why I started storing my supplies in a different location. If you are using one of those versions, the path to the folders and sub-folders will likely be something like this:

Using PaintShop Pro X4 and above

By the time version X4 came along, the installation no longer relied on a generic My PSP Files folder, but it went back to identifying which version was installed. The folder created was called Corel PaintShop Pro, and inside it was another sub-folder with the version number. At this point, we are at the version 2020, and the same system has been used since X4. So the folder for the brushes, for example, would be something like this:

Since several versions of PaintShop Pro, you can install more than one language. What happens to all those folders and sub-folders? Each language will have its own set of sub-folders inside the same version-specific folder. And obviously, those folders will be in the language you chose to install your program. For example, you could have those two separate folders:

What does it mean, in the end? It means that if you are running your PSP in English, the program will use the supplies in the English name folders, but if you decide to run your PSP in French, it will also ignore all the folders that are NOT in French. That means that those dozens of brushes you installed or saved in the English folders, won't be accessible to the French version of PSP. That is unless you go to your File Location preferences and point your PSP to also look into the other folders, from the other languages. It is easy to do, but you might forget and wonder where are all those brushes you knew you had purchased!

If you want to keep using those version-specific folders for your supplies, especially if you are using more than one version, you will have to copy those supplies into the folders for each version. If you are using only one version, it might be ok, but if you have or plan to have more than one version, it will be much more effective to create your own set of sub-folders in a completely different location and point all your PSP versions to those folders. That way, everything you put there will be accessible to all the PSP versions (and all the languages too), without the need to make copies and copies.

If you have passed the point of using the default folders and want to learn more about creating your own folders, check out this blog post.