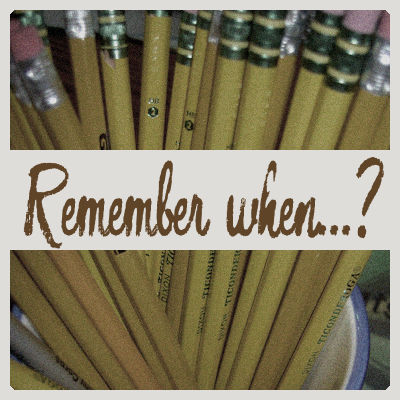 As a kid, we likely don't have much knowledge of how things can hurt or why and that is why we usually relied on Dr. Mom. When you were a kid, did you understand why you had a stomach ache? Or a blister? Or why removing that scab would make that scratch bleed again? I didn't.

When i was in grade 6, at one point, the grade 1 teacher needed some help in sharpening the pencils for her class. I am not sure why, but I was asked to help her out, and I agreed.

I was stationed at one pencil sharpener, those kinds that has a revolving handle. Those are so much better to use than the little manual ones (they don't sharpen well anyways). Too bad, electric sharpeners were not popular (if they even existed) then.

As I started, I was really proud of my work, seeing the first box of pencils being filled by sharpened ones. Then, the next box, and another one. Remember that in that school, one class was actually 4 classes, so it meant about 100-120 students. So I was sharpening pencils for all those students, and each one might have had more than one pencil too! That is starting to add up.

Box after box and after box, I kept sharpening, but after the first few boxes, I started feeling a little pain in my finger. I looked. Nothing (so I thought). I kept going, and going. However, by the end of the task, I could feel some pain, but also I could see something: a blister. Ah! That's what it is! That is how you get blisters!

When I got home and showed my finger to my mom, she did explain that blisters were caused by something usually rubbing on the skin repeatedly. And yes, that is what was happening! My first "medical" lesson (or at least, the first one I remember!).

Did you ever get a blister after doing a repetitive task? Did you know it would cause that? Tell us in the comments below, it won't hurt!