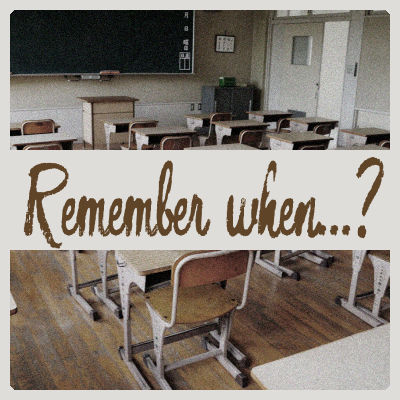 Remember when…? – Boys and girls

It might not be as common now, but when i was young, there were classes where there were only boys or only girls. In fact, we had two schools, side by side (almost) and one was identified as "the boys school".

On the very first day of school, we were lined up by grade, so all the kids who were in grade 3 that year, would line up in front of the teacher holding a sign with a 3. As everyone was in place, the teacher loudly announced that all the boys could now go to the other school (the boys school) across the court.

I never really understood why the boys were so excited to go to that new school. I guess they liked the adventure of a "new school" (not my favorite thing).

The boys came back

What was somewhat funny is that the next year, in grade 4, the schools were somewhat rearranged, and the "boys school" became either a high school or just had some higher grades, because that year, the boys came back to our classes.

I have been in a girls only school later on, but it was a private school. Even though i don't remember hearing of other public schools with only girls or only boys, maybe there were. I just never really cared to find out, and they were just not in our neighborhood.

What kind of classroom or school did you go to? Was there separation between boys and girls? Share your stories in the comments below. It will be interesting to see how things are different now from then, and possible from different places too.