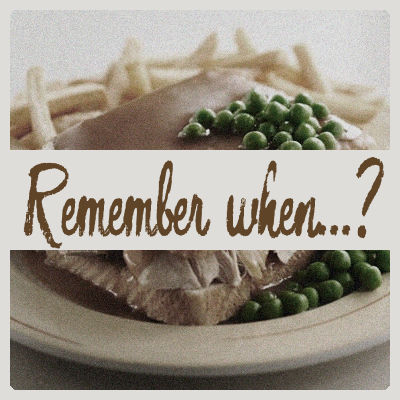 I am not a particularly big eater, although i do have a sweet tooth. When i was a kid, was of average size so food was never an issue for me (except that i have always been picky).

One summer, as i was staying at my aunt's cottage, she happened to make my favorite dish: hot chicken sandwich. I always loved that. I had three cousins and two of them were close in age to me: one was one year older and the other was one year younger.

There was really no reason to turn this lovely dinner into an eating contest (and i never participated in such a contest before or after either). Guess what? We both finished our plates. That was a tie. Or was it? Still feeling hungry (if that was even possible), i asked for a third plate, while my cousin had enough with his second.

Surprisingly, i ate that third plate. I think i loved that hot chicken sandwich probably more than i was hungry. I even asked for a fourth one, but at this point, my aunt decided it was enough. I think she gave me a half of a portion and told me it was going to be the end.

Oh yes, i ate that last one too. I am pretty sure i stayed quiet after dinner as i was really full from those sandwiches, but they were soooooo good! How many calories did i eat that day? Probably more than i needed but as an active child, i surely burned it all quickly enough. Interesting that now, i only limit myself to a half sandwich when it is on the menu at home! Quite a difference after 40 years!

How about you? Did you ever eat much much more than you usually do only because you loved the food you had in front of you? Tell us your story in the comments below.