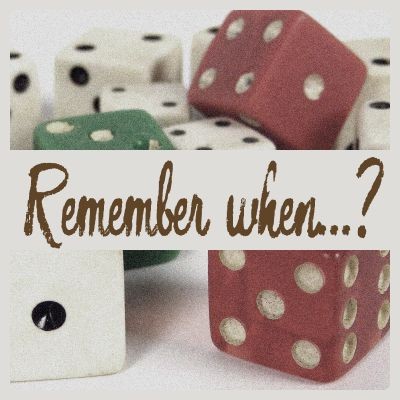 Remember when…? – Board games

We would go at my grandmother, every Saturday, at 7 pm. That was a given, every single week, however, my cousins would only come every two or three weeks.

One game they would bring is the Game of Life. I liked that game but rarely won. Maybe because they would have more experience in playing and new a few strategies.

Just a few times a year, we would have larger family gatherings at my great-grandma. It could be on New Year's Eve or at harvest time, or maybe at Thanksgiving. Whenever a lot of us would gather, there was a chance my two cousins would also be present, and hopefully bring a board game!

One year, my cousins brought a brand new game they had received: Stop Thief. That was very different for a board game. To me, it was quite a high tech game, using a handheld "computer" to play sounds, and a completely different kind of game from the traditional way to play with dice.

I know that the Game of Life is still available now, but Stop Thief is now more of a collectible game that can be purchased on eBay or Amazon but not in stores.

Do you have some memories of games you played when you were a kid whether they are social games, board games or particular toys? Share your stories in the comments below.

2 thoughts on “Remember when…? – Board games”