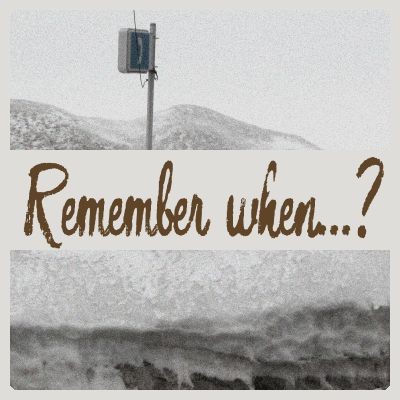 Lucky for us, now, in late April, snow storms are mostly of a thing of the past, but that is just a great time to be thankful as winter can, and has been, a tough season, throughout the years. When I was young, living in Montreal, we experience what was called (at the time), the storm of the century.

I had to research a bit to find out exactly the year it happened. I knew it was before I was 11 as it was before we moved. What I remember the most is what the grown ups were talking about. For a kid, a snow storm is not a bad thing, is it?

One of the story I somewhat remember seeing but mostly hearing about is the fact that there was so much snow on the road that the plows were unable to open our street. I am not sure if it meant all the way, or only "early enough" but I remember seeing the grownups shoveling the part of the street in front of their house, and with everyone on the street collaborating that way, the whole street had a path for vehicles to move, by the end of the morning. Talk about neighbourhood watch!

Until the street was drivable enough, someone proceeded to walk, door to door, with a toboggan, asking people if they needed something from the store. We had a small convenience store a couple of streets down, that was located in the owner's basement (so he had no issue getting to the store!). Once that person had collected all the "orders", he went to the store and came back with his deliveries. Nice gesture and very appreciated by all the neighbours.

No power? No problem!

Of course, with such a huge storm, we lost power. I don't remember for how long. No power meant no stove to cook, but we were lucky to have an oil furnace in the middle of the apartment. The top was hot enough to make soup and coffee! I thought it was pretty funny to cook in the "hallway" instead of the kitchen!

Storm of the century

For the Montreal area, it has been labelled as the storm of the century, although I know that other regions got worse, but back then, I probably didn't even know about other places!

Did you ever experience severe winter storms? Beside the snow, what else do you remember of that time? anything funny or odd? Share in the comments below.