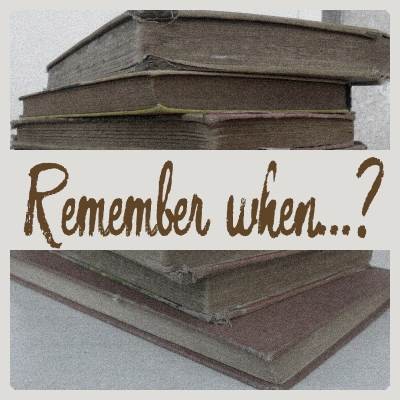 If you have been following this series, you might remember that we moved when i was in grade 6. Back in that time, the most common day for moving was May 1st, as leases were always from May to April. I don't know what was the reasoning behind having that date as a general day for moving but it always caused issues, especially for families with kids in school: we had to change school and environment for only 2 months!

Many things to remember

When you have to move during the school year, there are lots of things to remember to do: get the report cards, have the school files transferred to the new school, bring back anything that was borrowed from the first school (art material, gym articles, library books, etc.) It is probably not a lot of things for each child, but i can assume it would add up over time, for the school.

Over a year after we moved, i found a book in a box, that was familiar, but it was not mine. Upon checking the back, i realized it was a library book from the first school. When i asked my mom about it, she said that after that long, there was no point in "paying a late fee" since they never contacted us, and probably had it written as lost. So we kept it.

I still remember the story. It was a Christmas story, where traditionally, we have the three Wise Men. But in this one, there was a fourth one. But he was not a man; he was a boy. A rich boy who also wanted to follow the star, but since he was small and young, he was way behind, which is why the popular story never mentioned him. He did everything the three Wise Men did, followed the same route and also wanted to bring gifts to baby Jesus, however by the time he reached the manger, they had already left to save the baby from Herode. Yeah, that boy was more than just a few hours late!

Where is the book now?

I haven't moved again until i was 23, but by that time, the children's books had likely been given away, so i have no idea where that book landed. It was in French, but might have been a translation. Who knows? I remember that the cover had a drawing of a lonely Wise Boy on a camel. It would have had to be published before 1973. I looked around the net and could not find it. If you ever stumble upon it, drop me a line!

How about you? Did you ever found something you had forgotten to return, long long after? What was it? What did you do? Share your story in the comments below.