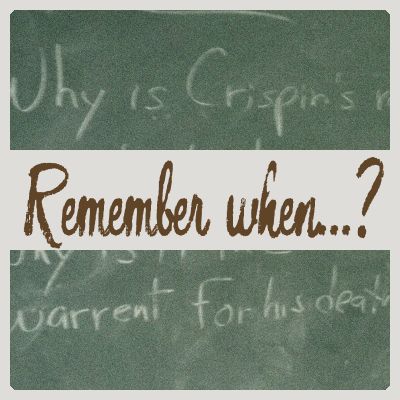 Whatever the language you are studying in, chances are that you had some classes on grammar. I was raised in Montreal, in a francophone family, so obviously i learned French grammar. For having seen English speaking people learn French as a second language, i know that grammar is one hard part of French (in English, it is just the spelling that can be a nightmare!).

Verbs can be hard

If you ever learned French as a second language, you know that verbs can be quite complex. Even for francophone speakers, it is a lot to learn. We just don't realize it at the time.

I don't remember having a class specifically for "grammar" as opposed to "French" except for grade 6. Do you remember that school i went where there were no dividing walls? Yes, that is when i had "grammar" class. At one point, there was a system in place for us to study, and practice our verbs. We had a certain number of pages to study, with specific verbs, and tenses. On the next day, we would line up in front of the teacher, who would ask us, one at the time, for a particular conjugation. For example, she would say (and i will translate in English): the verb "eat", in the "simple past" tense, first person, plural. Then we had to give the answer verbally. If we had the wrong answer, we got an X on that item, and we would go to our seat. If we had the correct answer, we would go to the blackboard, and write that answer (one could have the oral answer but the wrong spelling). If the answer on the board was wrong, we got an X, otherwise, we got a point.

Since we were four classes in that grade at the time, the same process was going on with each of the classes, and it went on for quite a while. Every week, we would have an updated paper on the pinboard to see how many points everyone had. Spelling and grammar seemed to be easy for me to learn. I don't know why, but that was the case. When i looked at the class report, after those weeks, i was showing no X at all, meaning i had all the correct answers for all that time. Yay! Once that module was just about done, there was a grand finale.

For the finale, we were two. I think the other student also had a perfect score throughout the module. Since there were no walls inside the grade 6 area, all the dividing boards were rolled out of the way, and two blackboard were placed in the center, face to face. All the students were now looking toward the center of the room. The teacher asked us the same thing as during the module, but of course, she must have been choosing harder verbs or less common verb tenses. Unlike the earlier times, we didn't give a verbal answer, and we were not going one at the time: it was in writing only.

Although the contest should have been about whether we had the correct answer or not, i think that we were both really good with our verbs so the teacher had to add another element to the challenge: speed. I still don't understand why this would be a factor but maybe she was running out of verbs or out of time! Nevertheless, the winner was the one who was to finish writing the correct answer, the fastest.

To this day, i am still quite confident in my grammar abilities, although i am not sure if it had anything to do with that particular "grammar class".

Did you ever participate (won or lost, it does not matter) in school contests? Spelling bees? or other types of contests? What kinds of contests were they? How were they run? That might be very different from one place to another, or from back then to now. Share your stories of "school contests" in the comments below. It would be fun to imagine those busy classrooms, and eager students!

1 thought on “Remember when…? – Grammar”