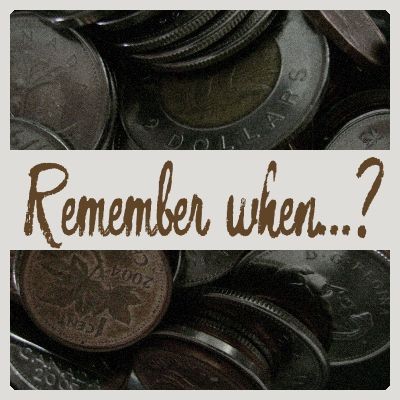 Remember when…? – Cheating on the bus

OK, i have to admit, i have not always been the perfect angel when i was a kid. But i am sure i am not the only one, right? We have all done a few things that were ... let's say ... not the most honest ones, even though they had little consequences in the end. That is what i did when i was taking the bus in Montreal.

The fare for a bus ride was different for a child, and an adult. There was also the student rate, which was the same as the child rate but for that, you had to have a bus pass. When we reached 13 years old, we needed to get a special pass, at the beginning of the school year, to present when boarding the bus to pay that rate, otherwise, it was adult fee.

Now, to go on the bus, you have to buy tickets somewhere and only pay with that ticket or a month pass if you have one. But back then, we would pay with money. Early on, you could even get some change from the bus driver if you didn't have the exact amount to pay. Then, that changed to save time and work for the bus driver (and the passengers waiting behind you).

When i was taking the bus, as a student, i should have been paying 25 cents for the ride, and i had to put that money in the little glass box that had several levels where the coins would bounce, in order to prevent anyone from putting their hands in and grabbing money. This made a familiar sound of coins bouncing off metal pieces.

If i was paying with a 25 cent coin, the bus driver would clearly hear ONE coin going down the chute. But if i was to put 5 nickels, the sound of 5 coins would make it impossible to actually "count" them. That is where i tried cheating: instead of 5 coins, i would put only 3 or 4, saving me 5 or 10 cents every time. If, at the time, the box was almost empty, the driver had the chance to see the coins as they landed at the bottom, and occasionally, would point out that i didn't pay the full 25 cents. My reply then was "Oops... i thought i grabbed 5 in my pocket" and of course, i would add the missing ones.

I admit, it was not the most honest thing to do, but at least, it didn't seem to have any DIRECT consequence on anyone: the bus driver was still paid, and i probably saved a few dollars over the years, 5 or 10 cents at the time. Do you think they can still come after me, 40 years later?

How about you? Do you have a story of a long time ago, when you (or your friends) cheated the system a bit without hurting anyone or anyone's property? Share those stories and if you prefer, say it was a "friend" who did it!