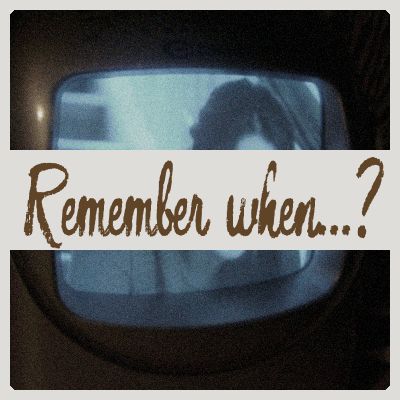 On New Year's Ever or New Year's day, we all have our ways to say bye bye to the old year and welcome the new one. Different families have different traditions, whether they were planned to become traditions or they just happened. In our family, we never had any planned, except one visit to my grand-parents.

When i was young, as i have mentioned in the past, we didn't have a color TV but my grand-parents had one, so whenever a special event was happening on TV, we would go to grandma.

We would watch Santa Claus parade, the Wizard of Oz, and on New Year's Eve, we would watch the traditional Bye Bye TV show. It was more fun to watch it in color and also more fun with my grand-parents than just at home.

The first Bye Bye i remember watching was with four well known comedians i loved and who were in some of the few TV shows we had. Those same comedians (Olivier Guimond, Denis Drouin, Dominique Michel and Denise Filiatrault) were always there, and at least until 1976, when i remember they did a routine winking at the 1976 Montreal Summer Olympics.

I cannot remember the first year that foursome was no longer the star of the show, but it seemed that after that point, the annual Bye bye show was never as interesting as it was when those were there. The first two comedians passed away years ago, and we knew that we would never have the same Bye Bye show anymore. I miss them!

How about you? Did you ever watch an annual special on TV that would come back, year after year? What was it? How long did it last? Share your stories in the comments below.