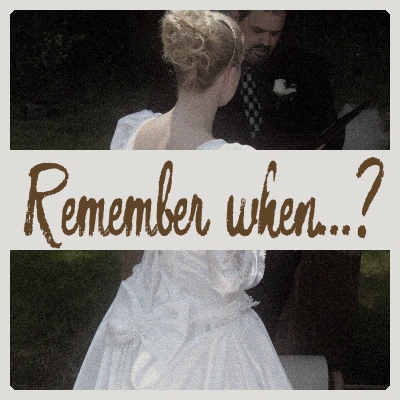 Kids can perceive the world of adults in a very special way. You read about how my daughter, when she was four, mixed up two “stories” to make one that was logical in her mind, but totally hilarious for us, adults. I think that the age of four must be that time when kids learn more, but also interpret more. This story is about me, when i was also four. This story was told over and over by my mom so there is no way i can forget!

One day, as i was playing in my room, i just came to my mom and asked her “Mom, are you married?”. My mom always had the idea to answer exactly what is asked, without guessing what is meant, so her answer was “Yes”. I was happy and returned in my room to play.

A few minutes later, i came back and asked “Is grandma married”? and of course, the short answer was “Yes”. I was happy and went back to play.

Again, a few minutes later, i came back with another question “Is Aunt Nicole married?” and the answer was again a simple “Yes”. And it continued with all my aunts, always with the same answer. I can just imagine my mom scratching her head as to why i was asking those question, and being satisfied with a simple “Yes”.

Then, came the surprise question “Is Dad married?” and of course, her answer was also “Yes”, but this time, that was not the answer i was expecting. Why is that? My reply was this one “Dad cannot be married. He didn’t have a wedding dress!” Oh the logic of a child!

We have the proof

As surprising as this reasoning was, my mom’s explanation was even more surprising. She had the proof that my dad was married: after the wedding, while everyone was gathered at the cottage, they decided to switch attire, so my dad word the dress and my mom wore the suit, and she had a photo to show me! Ok, that is true, this is a series about stories without a photo, but i think it still is something to remember. Now, if i could get my hand on that exclusive photo!!

How about you? Have you ever had a funny story about a wedding you attended, or heard about? Or a child attending a wedding (i am sure they can be quite special). Share your stories in the comment below.