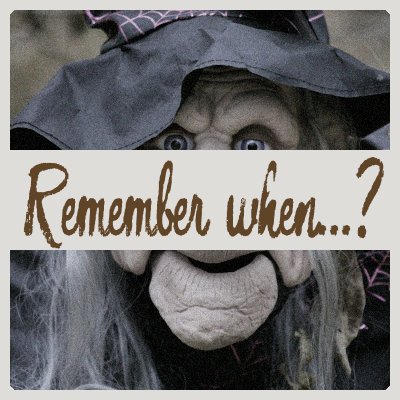 Halloween was always a fun time when i was a kid. Although i lived in a big city (Montreal), back then we were not worried about crime, poisonous treats and such.

In our neighborhood there were LOTS of kids on the street. The streets were close together so it was easy to go around the blocks and visit 50 houses or more. We were not usually venturing too far as we really didn't need to, since we could gather quite a load of treats with only 2 or 3 blocks.

Back then, i guess we were not as concerned with safety. Precautions like “stay in groups”, “don’t zigzag in the street”, “don’t wear face mask” were not yet implemented. Drivers were careful for us, especially since they could see tons of little ghosts and goblins walking in the streets.

Where is the best deal?

Although most people would give out single small treats like a pack of two Chicklet bums (yes, boxes of 2), a lollipop, or little caramels, occasionally, one house would give something bigger. The best one was a chocolate bar. Not a miniature, snack size bar, but a FULL bar. As soon as one kid would spot one house where such a treat was given, the word spread like fire and all the kids would converge there.

One chocolate bar is not always enough for a greedy ghost, so it was common for kids to go back a second time (even a third time), but once in a while, the owner would spot us saying “you already got your treat”. I wonder if they figured out why they had so much more traffic than the other houses in the neighborhood

Do you have interesting stories of trick or treating when you were kids? Or maybe when you were handing out treats to kids visiting your place? Share in the comments below, and don’t hesitate to invite your friends to comment too!