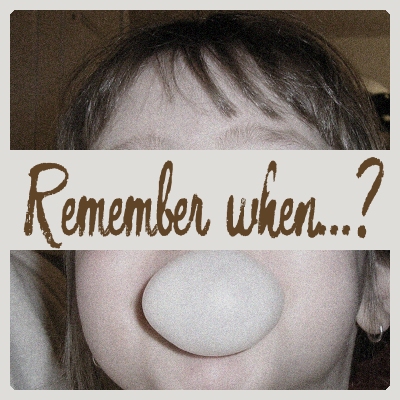 Although the rules in school might still forbid chewing gum in class for various reasons, that rule was also enforced when i was a kid. In a way, i was lucky because i never liked chewing gum so it was unlikely for me to get caught, but others did.

Many people can argue that the say children were disciplined in school have changed for the better, however, this might still be a long debate. In our school, gums and candies were not allowed in class, although it was ok during recess, if it was outside.

If a student was caught chewing gum, initially, the teacher would bring the student in front of the class and have him or her stick the gum on their nose. I never really understood why, but i assume it was a shaming strategy because let’s admit it, it does not look good. The student would then stand there, for a period of time. I don’t remember if it was a set time or only to the teacher to decide but i am sure it must have felt like a LONG time.

For repeat offenders, or if the school principal was “in the bad mood” toward the particular student, the punishment was worse: the principal would bring the student from class to class to “show off” the gum, still stuck to their nose. Yeah, that was not very pleasant but apparently, it was not enough of a deterrent for some students!

One detail that i remember was funny (for me, and not for the student in question) was the day he had a blue gum. I don’t know what brand it was, but it was dark blue. After the student had gone through his punishment which must have lasted a while, he was allowed to throw the gum in the garbage, but guess what? The blue gum had had time to stain his nose, which was now bluish. And it stayed that color for the rest of the day. Poor kid!

Do you remember old school rules? How about some weird rules, or obsolete ones? Do you know anyone who found ways to bend the rules or something funny that happened when rules were enforced? Share those old stories. We also need a little smile.