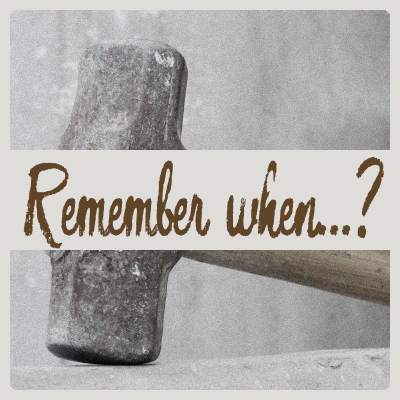 As a kid, without any electronic devices, or much TV to watch, we were creative in how we spent our time. In our neighbourhood, i was the oldest of a group of kids (only by one year) so i was kind of a leader in how everyone was spending their time. Everything around had the potential to be used by us, including trash.

Many duplexes around our house had wooden balconies, and our next door neighbour decided to either upgrade to something better or switch to a metal railing, so they dismantled the railing for the two balconies they had (the first and second story ones) and left the wood in the backyard for a while.

That is not trash

I was about 9 or 10 and all those pieces of wood looked just like Lego supplies. Could we build our own play house? Do we have enough? Do we need something else? What is the plan?

None of the kids had any building or carpentry experience so we “played” around with those. All the pieces were the same size and length so we didn’t see the need to cut many of them. When we did, it was with the use of a hand saw.

Although we had the wood, we didn’t have any nail, so i dug in my savings and got maybe one dollar and went in the hardware store to buy nails. I had no idea what kind of nails were needed, what length, etc. but someone at the store helped me and i came back home with a box of nails!

Where is the architect?

If each wood piece was about 3 feet long, i think we built a structure that was about 9 feet by 9 feet, and 6 feet high (two pieces high). We had no roof, no wall, no door (although we managed to leave a space that would serve as a door. We would drape sheets and blankets to make walls, but nothing was permanent.

Where is the engineer?

We had big plans for this house; we tried to make a bed with a wood frame, and nailed an old blanket, but when i tried (ever so gently) to put the smallest kid on it, i immediately saw that the nails would never hold that weight, so the bed stayed as is, but never used. We wanted to make a kitchen, with a sink and a tap, using the garden hose, but there was obviously no way to turn it on or off at the end, so the hose stayed there, always off, while we pretended it was functional.

In the end, it was only a skeleton of a house, but with our imagination, we used that all summer, bringing in chairs to make a living room, bringing food to pretend we cooked it, etc.

At the end of the summer, when school started, the neighbour decided it was time to throw out all of that wood and knocked it down. It was disappointed, but we were also realistic that this structure might not even have survived the winter anyway. But it made for great play and great memories.

Did you ever build something to be used as a retreat for yourself, your brothers and sisters or your friends? How did you build it? How did you use it? What other memory does this story trigger for you? Share it in the comments below!