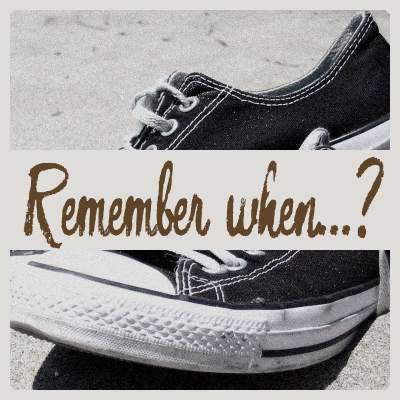 When my brother was younger, it had to learn, like any other kids, how to put his shoes in the right foot. Like any other kids, it was a learning curve. That might seem very ordinary, but we happened to witness something really funny about this logic when learning left and right.

One day, Patrick came in the kitchen, where my mom and I were. We noticed that his shoes were on the wrong feet, so we told him so. He looked at his feet, and ran to his room to change those shoes.

When he came back, the shoes were still on the wrong feet. We told him so, and he looked at us puzzled. But he believed us, and went to his room to switch them.

This is how i do it

And the extra switch

At that point, the left shoe was in front of the left foot and the right shoe, in front of the right foot. That should be perfect now, right? Well, since he needed to switch feet, he then crossed his arms, grabbed the shoes and switched them side! THAT was a double switch process and as often as he could have tried the same thing, the shoes would always be on the wrong feet.

Do you remember learning about your left and right? Can you think of any anecdote related to that? How about someone else who was learning? I am sure there are many stories about that. Share yours in the comments below.