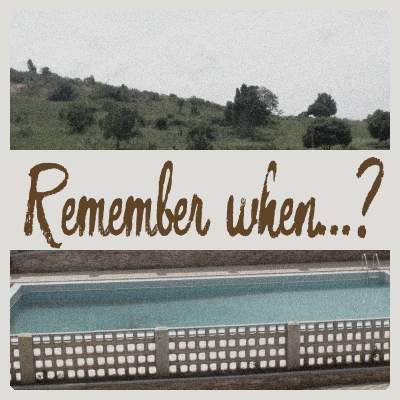 Remember when…? – Swimming (or not)

As you followed these stories, i learned how to swim pretty early. I was not afraid of the water, or the deep end. However, i was stubborn, and one day, i “decided” that i didn’t now how to swim!

I was about 7 years old and i was at my aunt’s place. Since my parents weren’t around, i assume she was sitting me. She lived in a big apartment complex and it had an indoor swimming pool. So one day, she suggested we go to the pool. Great idea!

As i had “decided” i didn’t know how to swim anymore (yeah, isn’t that silly?) i surely would not want to go in the deep end so i stayed in the shallow area.

The shallow area, as everyone knows, is barely 3 feet deep so an average 7-year old can easily stand up without any issue. But to be on the “safe” side, i wanted a floater; you know, those little inflatable animals that you slip around your waist from the front?

So i was there, “swimming” with my inflated duck (i think it was a duck) and chatting with another girl. She was a little older than i was and she knew how to swim.

Suddenly, somehow, the inflated toy slipped out of my waist and i sank. Remember, i “didn’t know how to swim” right? My silly reflex was to get in a tight ball and start flapping my arms in circles on my sides.

If you think about it a bit, you’ll realize that i was give a little lesson in physics: flapping your arms in circle will make you go… in circle. So yes, i was just rolling over and over and over. I remember my eyes were open and i could see the world turning upside down.

The other girl was apparently looking at me, in shock. My aunt noticed i had disappeared from the surface and jumped in the pool to my rescue. Everything was fine.

What is the silliest thing of all, is that, i could have just stood up and be ok. But i told you, i was stubborn, and had decided i could not swim. I don’t remember when i finally decided i could swim after all but i have, sometime after that!