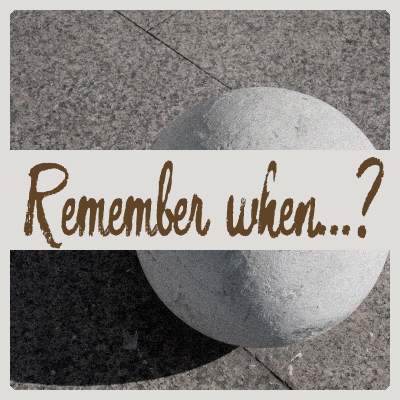 When i was a kid (several years ago), we didn’t need electronic devices or expensive gadgets to keep us entertained: we had friends and just a few basic things, yet we could play for hours. One of those simple toys was a rubber ball.

That is a wall

Where i was living, in Montreal, houses were side by side duplex, with a garage for each side. The garages were toward the center of the duplex and they were separated by a concrete section, about 3 feet wide.

Any flat vertical surface was a wall, and any wall was perfect for throwing a ball, right? One game we used to play was super simple (although i don’t remember the name): one person would throw the ball to the wall, and someone else was trying to catch it. Then, the person catching it, would go throw it, and so on. Simple, but we had a blast.

Let the pedestrian go by

The driveways were slanted, going from the garage door to the sidewalk. Since the rubber ball could bounce quite far, we usually were waiting for the ball either on the sidewalk or on the street (there was little traffic on that street). Occasionally, someone would walk by and we would stop throwing the ball, waiting for the pedestrian to be out of the ball’s way.

Puzzled, we looked around, and the lady was just walking, not even looking at us so we knew she was not hit, but where was the ball?

Someone was brave enough to go up to the lady and ask her. Nope. She didn’t see the ball. Then someone noticed that she was carrying a large bag, so he politely asked her to check, just in case the ball had bounced inside her bag. Yup. That is exactly what had happened, even though she never noticed it! We certainly got a good laugh out of this.

What simple game were you playing when you were kids? Did you ever encounter a funny situation while playing those ordinary games? Share your stories with us.