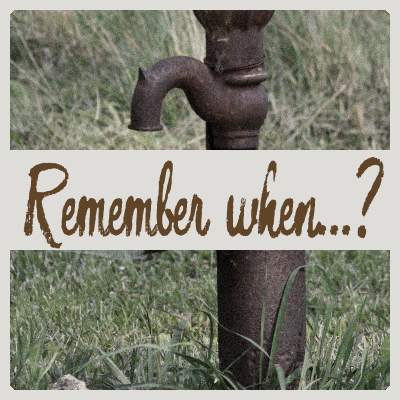 When i was younger, my grandparents owned a cottage out of town. We would go there often in the summer, spending weekends and sometimes weeks. Then, my uncle took the cottage over.

Playing with the cousins

One summer, i spent one month over there, with my three cousins. Two of them were close to my age. We would play around that large lot, in the woods, in the front yard, in the fields. There was so much to create adventures for kids.

One evening, around sunset, we were playing hide and seek. Because it was getting dark, it was even more fun and easier to hide. We would hide behind huge trees, parked vehicles, the garage, the big wooden box covering the old well, etc. It was a fun game.

The next day, my grandpa and other uncles were there and decided to clear the branches of the trees along the entrance as they were rubbing on vehicles coming through the long dirt path. Using chainsaws, it was a quick task.

The upper branches too

To make sure that higher branches were not falling onto the top of passing vehicles, my uncle climbed on the wooden box that covered the well. That same box that had been there for years and we used to hide the night before.

That old box might have held the weight of a 10 year old, but not a grown man. It caved in under my uncle’s weight. He fell in the well. Almost.

He had the reflex to extend his arms sideways, and since the well (and the box) were not that wide, that prevented him from falling directing inside the well. This should have bee a safe situation, but it was not.

When my uncle fell, so did the chainsaw. Inexplicably, it didn’t stop when it was dropped, and it fell right beside my uncle’s neck, and obviously, he was unable to move, clinging to the top of the well with both arms extended.

Within just seconds, grandpa just gave the biggest kick to the chainsaw, which landed i don’t know where! But who cared? However, that saw had had time to injure my uncle.

It didn’t take more than one or two minutes to get him out of the well, and back to the house (a hundred yards at the most), but his white t-shirt had turned red, scaring all the kids at home.

Everything was pretty panicky and he was brought to the hospital by someone right away. I don’t know how long it took but when he came back, so did my grandpa… with cement blocks. Those blocks were immediately dumped into the unused well. That was the end of the well.

Only after everything had happened with a fairly happy ending that we started thinking of what could have happened, the night before, if one of the kids had fallen in the well, in the dark. I still have goose bumps just thinking about that.

Did you ever play in a place that turned out to have been less than safe without you being hurt? When we are kids, we never think about those things, but now that we are grown ups, we know of all those “what if”. What is your story?