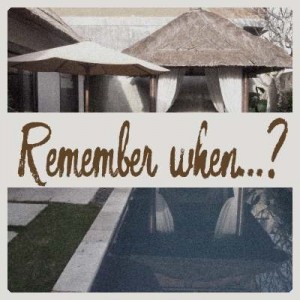 I was born and raised in Montreal, in a duplex were neighbours were mostly close together. On the other side of the duplex where we lived, the neighbours had an in-ground swimming pool. They were very careful about safety and obviously, nobody could go without them supervising and approving. This is a great habit.

In the middle of the night

One night, i happen to wake up. I am not sure why, but after a short bathroom break, when i came back to my room, i heard some noise coming from outside. My window, which was overlooking the pool, was open as it was a hot night, so i went to see what was making that noise. What i saw puzzled me: 2 teens were swimming in the pool. Strangely, there was no light on at all, and i knew the neighbour would not see this as a safe “dip”.

I knew that the neighbours’ tenants had a teen son, and he was allowed to go in the pool, but i also knew he was more careful than to go, in the middle of the night, with no lights on. Although they had carefully folded one corner of the solar cover to swim in that little area, eventually, they decided to be bold.

They started jumping from the diving board onto the cover, directly, which was obviously damaging it. They repeated that several times.

That is when i knew it was NOT someone who had permission to be in the pool but i didn’t know what to do. Should we call the cops and the neighbour would be surprised by them? Should we call the neighbours? We had our phone in the kitchen and if they did too, they would likely turn on the light and it would scare the teens away before they could be caught. I woke up my mom, asking her was she thought.

She decided to call the neighbours, taking a chance they might answer the kitchen phone without turning on the lights. What happened is they had another phone in their bedroom (they had a business so i guess they occasionally expected night time phone calls). At first, they didn’t really believe us, but they checked and sure enough, those “kids” were causing more and more damage to the pool. So the neighbour called the cops. I heard afterward that the neighbour was waiting for the cops, in their garage (adjacent to the pool), with a baseball bat (which was not used, thankfully)!

I was no longer sleepy so i was waiting for the cops to arrive. They did, with all their light off (obviously) and a big flashlight to check the addresses. They positioned themselves at the door of the fence and, at the signal, the neighbour turned on the lights, and the cops went in the pool enclosure… oops... they tried. I guess they forgot the door was locked (for safety), so they climbed on the deck and jumped over the fence. However, that gave the “kids” a few seconds to jump the fence on the other side of the pool, onto the other street. By the time the cops reached that street, they had vanished.

They were caught anyways

With the few clues they had (i had heard one kid call the other one by his name) and the fact they came and left without any towel or anything like they, they suspected it was a close neighbour. It turned out the be exactly that: the neighbour right behind the one who had a pool. They had to pay for the replacement of the solar cover, which had been badly damaged.

It turned out to be an eventful night for our little neighbourhood. Have you ever witnessed some vandalism? Have you ever seen some petty criminals caught? Hopefully you were not the victim of vandals, but if you were, what is your story? If you ever WERE a vandal… maybe don’t say anything about it! Share your story with other readers. Everyone likes a good story.

3 thoughts on “Remember when…? – Vandals”