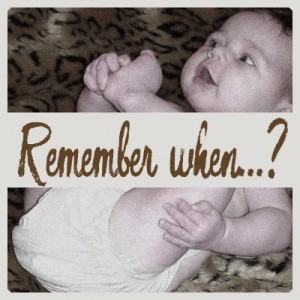 Babies in diapers when you travel means a lot of stuff to bring, and potential surprises along the way.

When the kids were young (age 3, 2, and 10 months), we decided to go visit relatives in Toronto. That meant a really long drive, with a stop in Montreal, to visit my mom and stay overnight. Because the youngest one was only 11 months old, we had someone babysit him at home. We knew he would not enjoy the trip, and it would have made it even harder for us.

We always had to carry that diaper bag because although the oldest one was already potty trained, the second one was not. We used to use cloth diapers at home, but on the road, disposable diapers were much more convenient.

One day, i was changing that diaper and got a really unexpected “present”: the diaper was full, but very colorful. Yes, in addition to the normal brown, there were tiny pieces of white, green, red, yellow, blue, etc. Most colors were represented in that diaper.

What did you eat?

I immediately tried to remember if he had tried any new and unusual food that would have just passed through, but i could not think of anything with all those colors. Candies? Maybe, but not with those colors. Even colored candies would not have kept their vivid colors (and they were vivid!).

That remained a mystery until later that day (or maybe the day after), when the oldest one took her quiet toys: the crayons were all chewed up! Yes, he had chewed on the crayons and swallowed pieces that were obviously not digested. If iphones had been popular back then, i am sure we would have a picture of that diaper, but that was not the case, so i have only that memory that still makes me smile!

Did you ever eat something unusual? or anyone you know had a weird eating adventure when they were very young? Or maybe just something an adult retold you? Tell us in the comments below!

5 thoughts on “Remember when…? – Diapers”