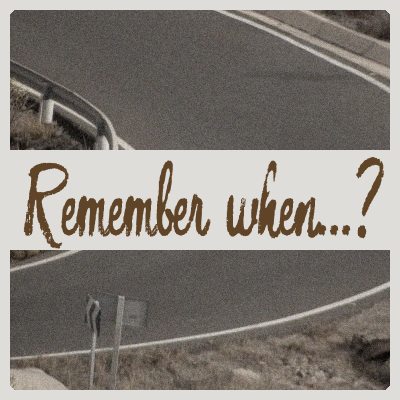 We spend more and more time on the road, whether it is for work, or pleasure. We might be alone, with a loved one, with the whole family. So much can happen during those travelling times.

One winter, as I was on my way to work, my car ran out of gas. The gas gauge was broken and we knew that filling up would allow us to drive at least 400km without any problem, however, someone had only put a little bit of gas instead of filling up, and there was no way to know how much mileage I could go.

Not fun, the temperature outside was about –30C and it was windy. A bad day for being stuck, on the side of a small highway, alone. Not too much traffic either. What choice did I have? Back then, cell phones were not common and obviously, I didn’t have one.

A lone woman, stranded on the side of the road, in the middle of winter, at –30C. Nowhere to walk as it was miles before there would be a single house. So, what did I do? Something I never thought I would do: hitchhiking. Having been raised in a big city, and hearing of horror stories, I was always taught never to do that. But now, I had no other option.

Reluctantly, I put my thumb up hoping for a good Samaritan to stop. Having done karate, I replayed, in my head, the practice we had on how to knock out someone who might want to take advantage of me, hoping I would not need it. As I stood there, on the side of the road, the very first vehicle that came, seemed to slow down.

The wait was not long! but as the car came closer, I realized it was a man. Oh, did I wish it were a woman instead! The anxiety rose inside me. Replaying those karate moves again. Finally, as the car stopped and I had a good look inside, I realized that it was our own parish priest! A familiar face. Breathing again!

F. Guerette drove me to the nearest gas station. I borrowed a canister from the attendant, filled it up and we drove back to the car. It was very cold outside and although I had gloves, he didn’t, but he stayed with me helping out until the car started again, and I was on my way.

9 thoughts on “Remember when…? – Stranded”