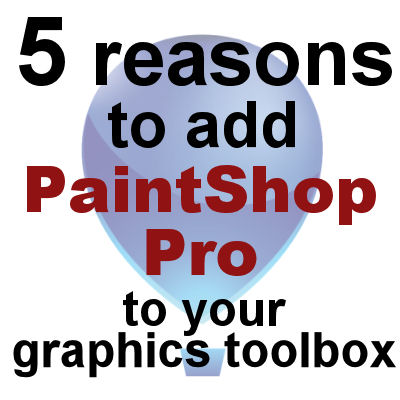 5 reasons to add PaintShop Pro to your graphic toolbox

Photoshop is often considered a standard in the graphics industry. Is it because it is better? I am sure that Adobe users will say yes, but often, whoever will argue their program is better, tends to be very familiar and comfortable with the one they use and will always find the second one less intuitive and less convenient to use. That is normal. If someone works with a particular graphics program for their daily work, it is expected that they will keep using it for hobbies or other graphic projects, because of their familiarity with it.

But did you know that although some users think that PaintShop Pro is not as “powerful” as their counterparts from Adobe, some of its tools and features might be enough for you to add this program to your arsenal, even if you are still using Photoshop or Photoshop Element. Let’s look at five of them. 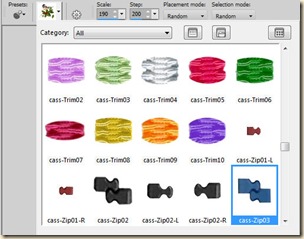 Picture tubes are often confused with “tubes” created from “tubers” which are simply .png images. Picture tubes are a totally different set of tools. They are, in a way, like a series of colored stickers that can be placed randomly or sequentially or directionally. They can be used individually, with one click of the mouse at the time, or in a series along a path like a brush would.

Picture tubes are totally exclusive to PaintShop Pro, as there is nothing comparable in any other graphics program, even the most expensive ones. Check out What are Picture tubes and What can be done with Picture tubes. 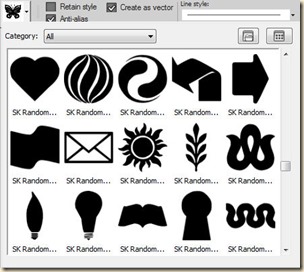 Although Photoshop can create and edit vectors, Photoshop Elements, which would be closer in price to Paintshop Pro, has only been able to do so in recent versions. In fact, using PaintShop Pro will allow you to use preset shapes, create your own and edit them. You can draw vector paths which can then be used for text on path, and even add Picture tubes along a path too, using a script called Vector Tube by Gary Barton. 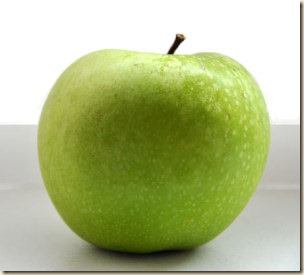 One fun function that PaintShop Pro has seems to defy logic. The Eraser tool is a common one in most graphic programs. Even though this tool seems to be a destructive one where the pixels are apparently “deleted”, it is not really the case. If you are to erase some pixels using the Eraser tool and realize that you removed too much, you can use the same tool (with the same setting) and by right-clicking, you would UN-erase the area. This is a particularly useful feature when you are doing detailed extractions. You don’t have to worry about errors and this will not only apply to the last section you worked on: as long as there were pixels that you erased with the Eraser tool, you can UN-erase them. Check out the Master Classes on Basic Extraction where this neat little feature is used. 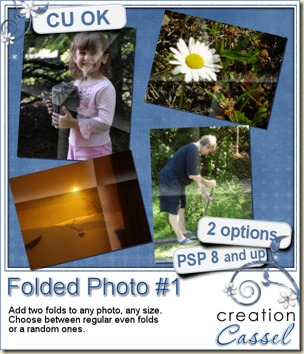 Photoshop and Photoshop Element both have actions which are recordings of various steps and commands. PaintShop Pro also has that and they are called scripts. Although they can both record commands, scripts can also be edited outside the program and incorporate functions that are not directly part of PSP. Scripts can have some randomness integrated into the code so that each individual run of the script would not yield the exact same result. It is not just a matter of choosing a color, but letting the script randomly assign the color among a set, the length of an element, the angle of a cut, and more. Here are some examples of scripts that incorporate randomness in their code: Ribbon Tabs, Airbrushed Paper, Colored Pebbles. 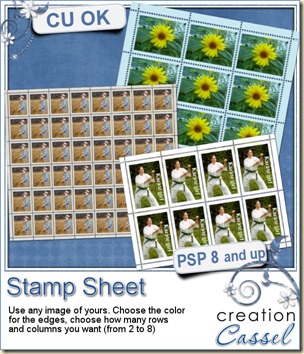 Even though scripts are basically a set of recorded commands, they have also the advantage of being able to integrate some Python mathematical commands. This means that the scripts can be coded to almost “think” and take actions based on what is available on hand. For example, if you want the script to create a frame in the shape of a postage stamp, you know that for a small starting image, the margin would need to be smaller than if you started with a much larger image. A script can be coded in such a way that it will measure and calculate the correct margin to get the expected result, no matter the starting size (or format) of the photo. This can also help measure the length of a ribbon and decide if it can be resized (and do it) before running a script, or if it should tell the user that the length is insufficient to get the correct result. Among the scripts that will do the math for you to measure something, you can find the following: Bar code, Speed Scrap, Card & Envelope.

There are other differences in tools, commands, and features, and although they might not feel like enough to learn a brand new program from scratch, it might still a good reason to add another graphics program to your toolbox. And if you are not sure yet, you can always download and install the trial version. You will have a fully functional copy to try all those tools.

Are you new to PaintShop Pro? Do you have questions about where to find a certain tool or command or how to achieve a particular effect? Just post your question in the comments below.