We all know of the saying “A picture is worth a thousand words”, and we have certainly seen some of those; photos that are beyond words, photos that “say it all”. The truth is that not all photos say that much. In fact, most photos don’t tell anything to someone who was not there when it was taken. If you want to use those photos in a scrapbooking page, you will have to tell it yourself. 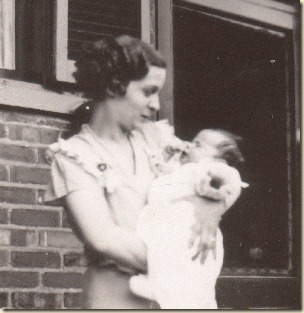 When the photo of Aunt Jane was taken beside the brick house, everyone knew her. Everybody remembered that day at her new home. She was well known in the family and nobody would mistake her from anyone else in the family. But now, you are holding a 50 year old photo, and your kids never met Aunt Jane. How would they know who that is if nobody tells them? Who remembers that the photo was taken in front of the house that burnt down the next year? A fire? Oh, there was a fire? No, photos are not always saying that much about who, when and where. That is what your journaling is for.

This is only part of the story

A photo might be worth a thousand words, but it does not always tell it. Back in the old days, photos were taken more carefully, since it cost money to develop and you had a limited number of pictures in a roll of film. The photos might have been more traditional and would, at first glance, mostly say the same thing: this was Suzie’s birthday, that was the day Charlie came home, etc. This is only a tiny part of the story. There is surely much more than that. 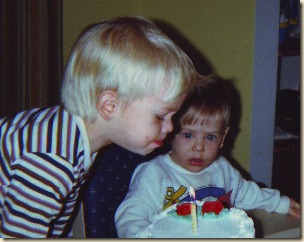 Where is the rest of the story?

Although you have a traditional photo of an event or a person, you definitely know much more about them than anyone could guess by looking at it. You remember that Suzie ended up with two identical presents. You remember that during the party, Uncle Tom decided to scare the dog by popping one of the balloons in her back. And then, all the kids thought it was a fun game. Poor dog! You also remember that it is while eating the goodies that Ann lost her tooth. Yes, you remember all that, but nothing shows in the photos. Well, maybe Ann’s lost tooth shows, a little bit, in the group photo where she smiles a bit, but really, only you could know.

And there is even more!

You can document many events with little anecdotes that happened but sometimes, other things can enrich the story. Some memories might be of someone missing from that event. Maybe Aunt Nicole was not at the party because that is the day Suzie’s cousin was born. Maybe the party was held 3 days after the actual birth date, because there was a snow storm on the expected party date. That does not show on any of the photos, so you have to tell. 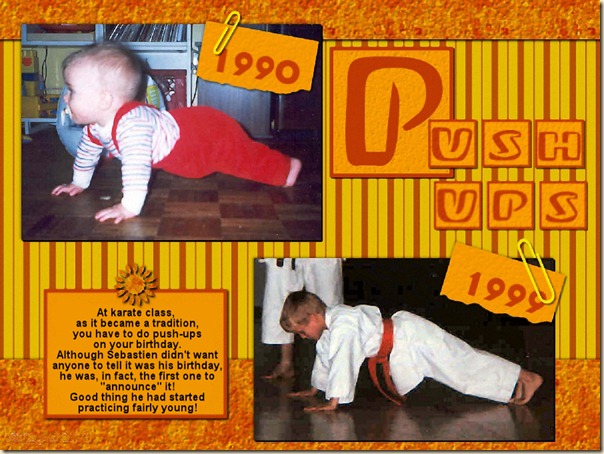 Should I really tell everything?

Obviously not. But remember that if you do not tell and document something, it might end up getting lost over time. Of course, nobody plans to write a whole biography with each scrapbook page, but the more you write now, the more you will remember tomorrow and the more you can share later. You choose how much journaling you will add to your layout, but put some!

Who cares about those details?

That is surely a question that comes up when we think that all those details are totally irrelevant, or insignificant, but most of the time, they are definitely worth noting. People are curious. Wouldn’t you like to know little bits of your ancestor’s life? Your kids will surely love to hear similar details about their grandparents, or about you. Even you might love to look at those pages, later, and smile at all those memories that could have been lost if you had not written them down.

Journaling should be an integral part of scrapbooking because a photo is not always telling the whole story. You are the story teller.