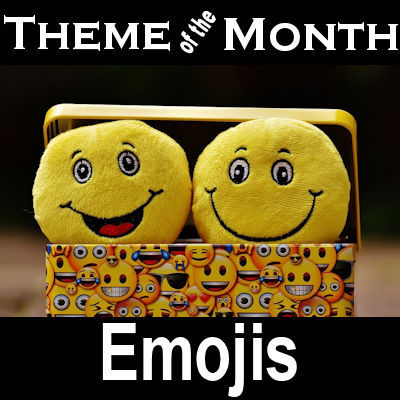 Emojis are a fun way to communicate with our loved ones, family, friends and other people. These ideograms and smileys can add a dash of personality to even the most boring conversations. They exist in various genres which include facial expressions, objects, animals and more. They are much like emoticons except that they are actual pictures and not just typographics.

Emojis have been around since the 1990s and since then, they have spread like a wildfire! Now they are widely used by people all over the globe. They just can’t get enough of them and we can’t blame them because, in all honesty, emojis are fun to use. They have been a great way to connect different cultures and bring a clearer expression between different races with just a click of our fingertips.

Whatever mood you’re in, we’re pretty sure there’s an emoji to express that! Why not add that idea to your next scrapbooking project and show how you feel. Here are some wonderful layouts you can take inspiration from.

Each of us has unforgettable moments of silliness, laughter, and good vibes. Whether it’s about receiving good news, witnessing a hilarious incidence or just having plain fun, we think it’s something worth scrapping about! Make your layout look extra special by incorporating some smiling and silly emojis. 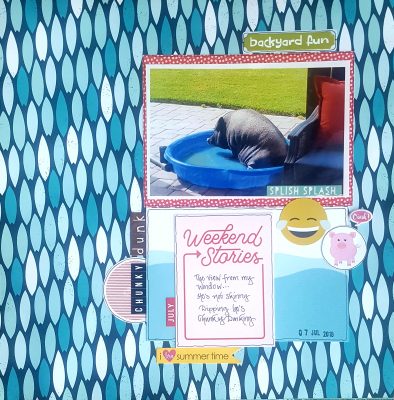 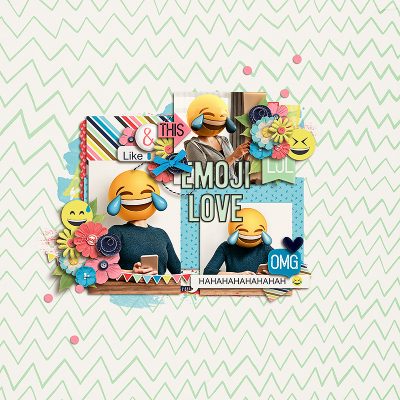 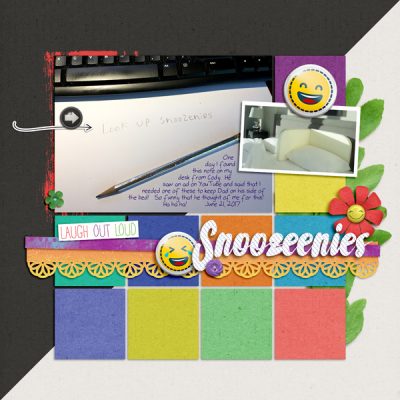 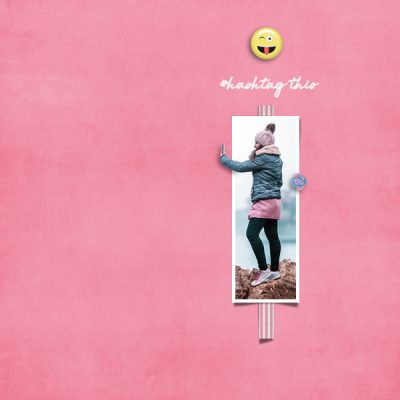 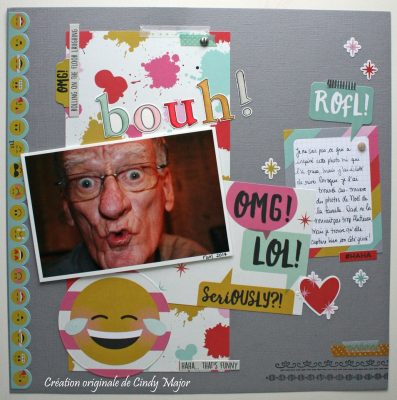 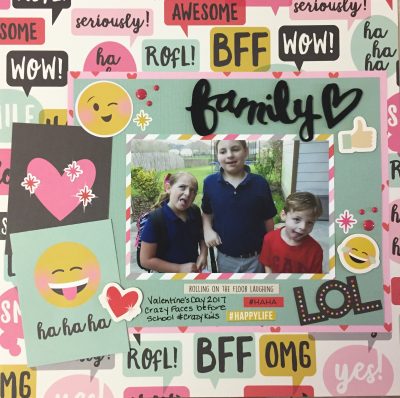 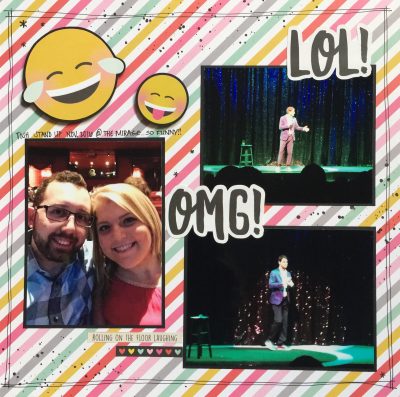 We go through scary situations in our lives now and then. Some of those memories are kept hidden at the back of our minds, however, there are a few that have been captured in a photograph. Make use of them by displaying them on a layout with an emoji that matches the photos perfectly! 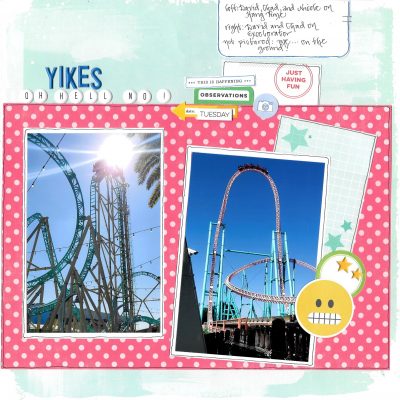 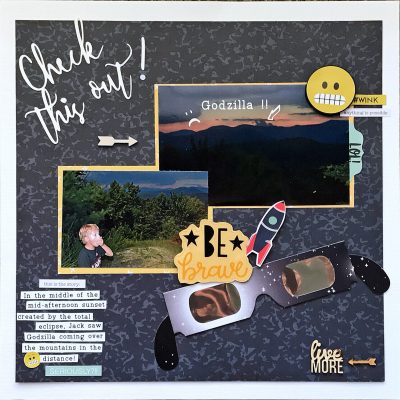 As they say, it’s not always rainbows and butterflies. We also have some bad days. But hey! You can still turn it into something great like this sample shown below. 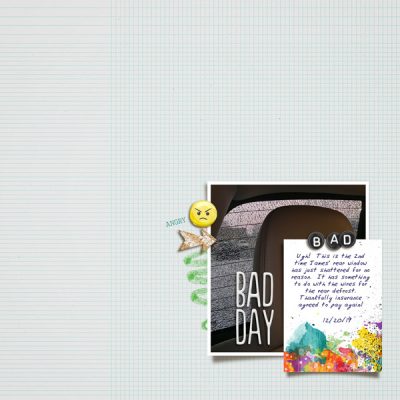 Love is the most powerful thing in the world and we know, we won’t be able to live and survive without it. It’s wonderful to be loved, to feel loved and give love. It’s limitless and what’s even great about it is that it can be expressed in many forms. 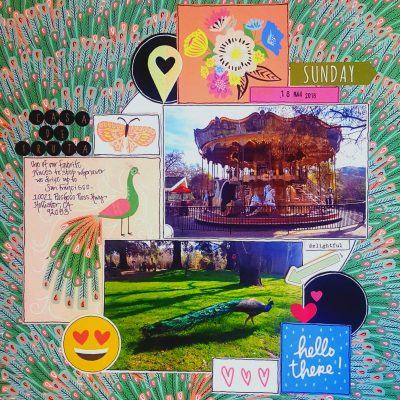 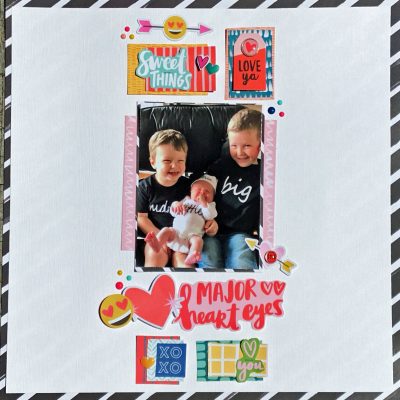 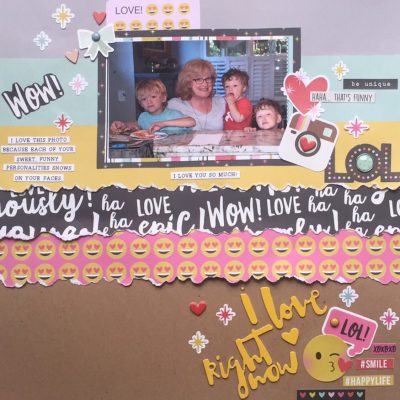 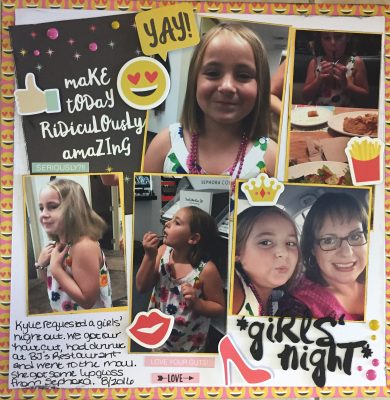 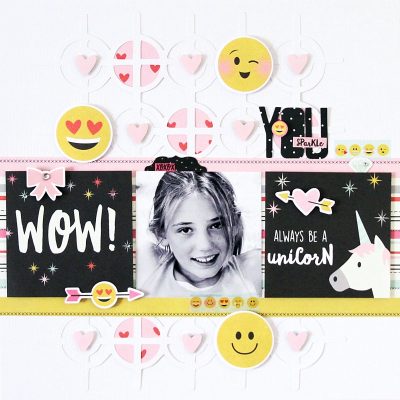 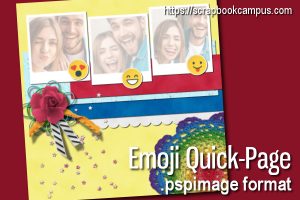 With PaintShop Pro 2020, some tubes that came as part of the Creative Content included a set of 30 emojis. Did you download them? With those tubes, you can emphasize many feelings that can be conveyed through your photos and stories. Check out this quick-page that will allow you to showcase some fun selfies.