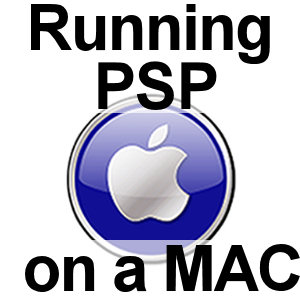 Getting PaintShop Pro Up and Running on Your Mac

Scrapbookers, photographers and other creative-types have long been fans of the Mac, but what do you do when your favourite software is only available on Windows? The Corel Photo team has been hearing some online chatter about a desire to see PaintShop Pro make its way to the Mac, but we don’t expect that’s going to happen very soon. So if you’re one of those people who is on the Mac and want to use Corel’s powerful photo editing and digital design package, what can you do? The simple answer is: “Just install Windows to your Mac.”

Now, if you’re a real Mac enthusiast, you’re probably thinking “sacrilege!” But for more pragmatic types, I’d bet you’re thinking, “What do you mean ‘install’? Installing a new OS on your computer might initially sound hard but, happily, today there are tools available that make it easy. Today, it’s possible to have two or more different operating systems running on the same computer. If you think this sounds confusing, don’t worry, you’re not the first. And you’re right about one thing… Windows and Mac are two very different operating systems that require a bit of learning to adeptly use both. But you may be surprised to learn running Windows on a Mac can be done pretty easily and the solution to getting a Windows software running on a Mac happens much more frequently than you might think.

There are two distinct and very different ways to go about getting PaintShop Pro on the Mac—both involve owning a copy of Microsoft Windows. You can buy a full version of Microsoft Windows 10 online or in stores for around $180, or less if you are upgrading (which means you need to own a previous version, assumedly on another PC around your house.)

Once you’ve got Windows, the first method of installing it to your Mac is free… and while free is hard to argue with, it doesn’t necessarily always provide the better experience or get you the best productivity. And while the second method will cost you a few bucks, in my opinion, it brings some valuable benefits for a very reasonable price. Both solutions will ultimately get you the same end result—running Windows on your Mac—however, each takes a very different approach to get you there and your final decision should come down to more than just cost. So let’s take a minute and explore which “Windows on your Mac” solution is best for you.

On one side, in the free corner, is Apple’s own Boot Camp. This handy little utility has come pre-installed as part of each Mac OS X release since Snow Leopard. So the only extra money you’ll have to shell out when selecting this option is the cost of the operating system you’ve chosen to install when using Boot Camp (like the Windows 8 CD you might have to buy).

The other big advantage to using Boot Camp is that it allows you to run each operating system natively, or all on its own. By splitting your hard drive into two pieces and installing one OS on each piece, Boot Camp gives you full access to your computer’s RAM, CPU and other system resources regardless of which platform you choose. Availability of resources is a big plus in BootCamp’s column, especially when working in resource intensive applications, but it does come at a cost.

Since Bootcamp gives you full access to system memory and processing power, it means you only get to use one OS at a time—either Mac or Windows. So when you want to move your work from OS X to Windows, you’ll need to save all your files, shut down your system, and reboot into the Windows partition. You won’t be able to receive a Facetime call, or use iMessage or your other Mac apps while you’re using your Windows partition via Bootcamp. Having to reboot isn’t the end of the world, but if you’re switching back and forth regularly or want to use Windows and Mac apps concurrently, this is a hurdle you should consider.

In the other corner is Parallels, my personal favorite. Just as its name suggests, this nifty piece of software has been designed to let two different operating systems run at the same time—in parallel. Rather than splitting your computer’s storage space into partitions, Parallels creates a virtual machine on your hard disk and installs the secondary OS in that location so you can (for example) run Windows from inside a program window, just like any other application on Mac. (You can also install Linux, or other virtual machines at the same time, but we’ll leave that for another blog post). While the latest version of Parallels will set you back about $80, it gives you the ability to move fluidly between Windows and

Mac OS X, giving you much richer integration between the two platforms—and frankly, preserving your sanity. Parallels includes several user-friendly and intuitive actions, like transferring files between platforms with a “drag and drop” action or accessing the folder directory (downloads or your desktop) for both systems at the same time—actions that can be extremely handy when working with photos and/or handing off to other design software and aren’t possible in BootCamp.

However, because your system is now sharing its resources and running two separate operating systems, there is a chance your performance levels may start to take a hit during resource or processor intensive activities. If you’re running an older Mac or an older version of Parallels this might be an issue, but newer Macs and the new Parallels 10 are very high performance, resulting in no lag or other concerns. In the testing the Corel Photo Team has done, PaintShop Pro X7 performs smoothly and without issue, working exactly as it does on a Windows PC.

Even if you have an older Mac or found a slight lag, I think the advantages Parallels brings outweigh its downsides, especially when I look at how virtualization has made switching my OS in real-time so much easier and faster, and how it’s really helped to improve and streamline my overall workflow.

Both methods to install Windows on your Mac will get the job done, so the final decision should really come down to how you plan to use the software and integrate its features. If you have a Mac running OS X version 10.6 (Snow Leopard) or later, you already have BootCamp installed. If you’re interested in trying out Parallels, you can download a free 14-day trial from their website: www.parallels.com. PaintShop Pro X7 has a free 30-day trial too, and you can find that at www.paintshoppro.com. Happy Scrapping!

Alex Brazeau is an avid photographer, writer, and lover of all things Internet and technology-related. He is currently the Community and Public Relations Manager for the Corel photo group, supporting the company’s portfolio of professional and enthusiast photography software—including PaintShop Pro and AfterShot Pro—as well as Roxio’s lineup of videogame capture devices. He loves sharing and learning about photography and digital art, post-processing techniques, and the latest industry trends. Want to get in touch with Alex or say ‘Hi’? Jump over to the Corel User-to-User forum and leave him a message—he’s often there checking-in with the community.