I was checking my facts about Sally Ride, one of  my heros when I stumbled across the fact that Canada also had a famous NSA Astronaut.

Roberta Bondar  (born December 4, 1945) is Canada’s first female astronaut and the first neurologist in space. After more than a decade as head of an international space medicine research team collaborating with NASA, Bondar became a consultant and speaker in the business, scientific, and medical communities.
Bondar has received many honors including Companion of the Order of Canada, the Order of Ontario, the NASA Space Medal, over 28 honorary degrees, induction into the Canadian Medical Hall of Fame, the International Women’s Forum Hall of Fame and a star on Canada’s Walk of Fame. 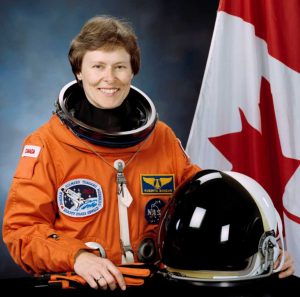