I did some editing on the January calendar and also finished October but September is taking longer. Who knows? Maybe later today.

All these photos were taken by my daughters in DC last week except for January that I got from the memorial’s website as I felt I needed snow.

In case you can’t read the text in October in this reduced version, here it is:

The Apotheosis of Washington is the fresco painted by Greek-Italian artist Constantino Brumidi in 1865 and visible through the oculus of the dome in the rotunda of the United States Capitol Building. 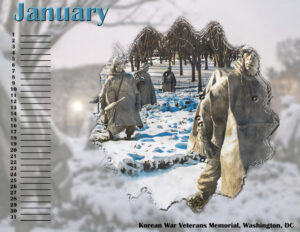 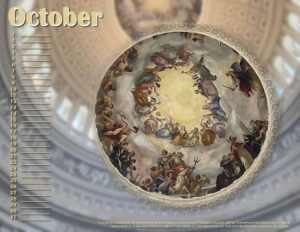