I am on Project 3, and I’m having weird issues. My laptop crashed multiple times, I’m not sure why. Because she’s so old, I tried on my partners pc instead. Still having some issues:
– When I selected the text “Dogs are the best – Everyone” to change the font, PSP kept changing the font of “Friendship” instead. The texts are on separate vector layers.
– I can’t open “file” anymore, so to save as jpeg I had to use the shortcut CTRL + F12.
– Now I’ve saved my image, and there is a drop shadow on the text, but I never added a shadow! It seems that the shadow is added when I resize to 600×600 pixels, so maybe it is just an illusion?

I don’t know what’s going on, but PSP seems to be cursed today! Hopefully the next project will go better. All these issues aside, I loved the tutorial! I learned some new shortcuts and had never considered working with guides before to align the images like that. 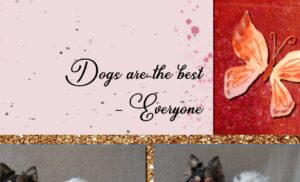 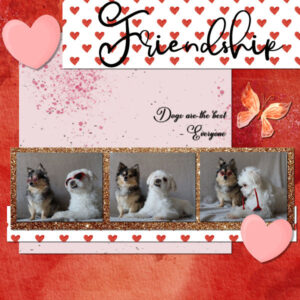