Awe! Corrie, sorry to see you were here on your own.  Not for long though, I have joined you.  🙂  Lovely layout, the beads are a  great addition to the page.

Yesterday I  took off at 6am, it was such a  calm, surreal, eerie morning, that I  had to take to the water with the kayak.

Here are some shots I took. The middle photo was the first shot, then the top photo, and the bottom. It takes roughly 15 mins to get to the  dam. I have 2 kayaks, a 14ft orange one, which I have showcased previously, and this  12ft one.

I have included the written page, in case it isn’t readable in the  layout.  I copied and paste the text from the internet, using the selection tool technique. I used a torn out sheet of paper I had previously created.

A question for Carole, I didn’t use a shadow on the  GD,  as it didn’t look right. it made it look heavy.  I suppose I could have used a shadow on it’s own layer, and erased it from the filigrane pattern. Even a small shadow was to much in my opinion.  Do you think it warrants a shadow?  I did  intertwine the two letters.

I resurrected the crochet lace script after a very long period of time of being dormant. I had forgotten I had it, so much quicker than making my own. 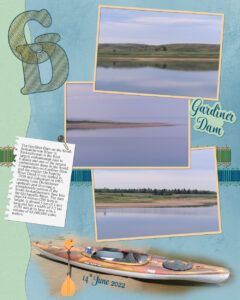 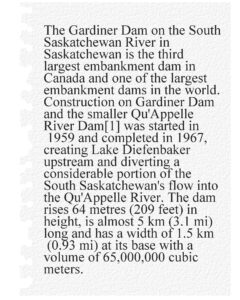