Today is an anniversary that still haunts the survivors. My mother was in the house, our childhood home when it hit. She was unscathed save a scratch or two.

Years later, a cousin who would randomly drop by when his truck route took him nearby frantically called me. All but two houses in the neighborhood had been destroyed and he was standing in front of an empty lot. He breathed a sigh of relief when I explained that my mother was fine. 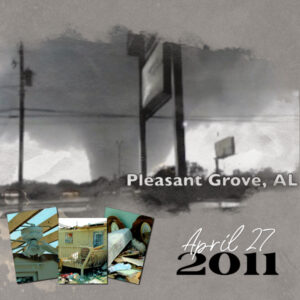