Finally I have also continued with my alphabet album about the city where I live, Leuven, in Belgium.
this is for the G.

I’ll put the text here as well, so it’s easier to read.

The Grote Markt ( translation: the Big (large) Market)
is located in one of the most historic places in Leuven and has existed in its current design since the 14th century, when the Catholic University of Leuven was founded. Most of the buildings on the square are built in the Brabant Gothic style, such as the monumental town hall.

Other striking buildings on the Grote Markt are the Tafelrond, the Collegiate Saint Peter’s Church and a few guild houses. In addition, as in the whole of Leuven, there is no shortage of cafes and taverns here. In contrast to the more trendy, youth-oriented businesses on the Oude Markt, the Grote Markt has a more traditional-looking catering industry. 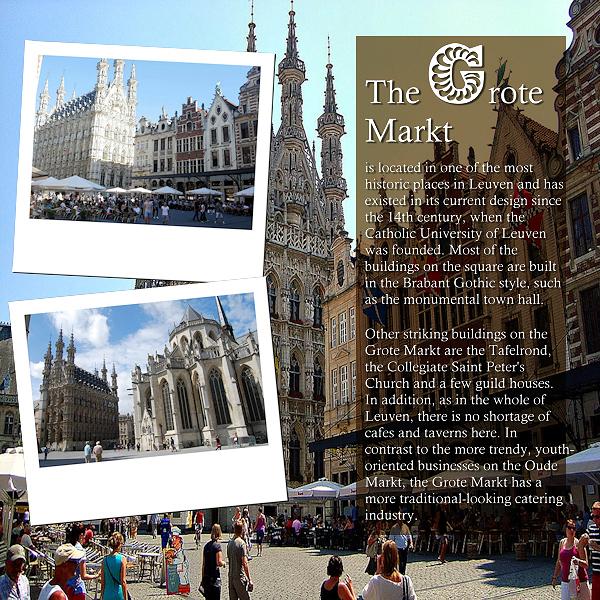