MASK with irregular shape – After trying to work with it, I could not get what I wanted so removed it.

Pictures in the frames – I think I asked this in another workshop – the pictures were duller so adding in frame seemed to cause this – what should I do?

Frame showing lightly inside other frame – this may be related to my problem with Pictures in the frames – what should I do so that the frame does not show within another frame?

Frame – picture inside not wide enough. I chose to just try to center it and it is probably okay. I never thought until now that maybe I could have resized the sides of the frame to the picture.

THE BORDER (FRAME) – I wanted to keep the elements where they were and also to keep the border but did not want it intersecting some of my elements, so I moved it just above the background, behind all the other layers.

Script Question – creating my own CLIP TO IT – I thought it would be nice to try myself as I try to understand SCRIPTS – I thought I would use the script recorder to capture the steps to create the mask and a script was created – but when I run it, I get an error when it tries to move a layer down (happened when I tried to move the Floating layer down) and (happened when I tried to move the picture below the mask).

The error says – The arrange command is not valid in the current program state.

If you have any suggestion as to what to do, I would appreciate knowing.

NOTE: I created a second script that begins immediately after I manually moved the Floating Layer. The second script executed fine until it reached the part where the picture is moved below the mask … where it failed.

I am learning and trying to challenge myself.

Thank you for these interesting videos. 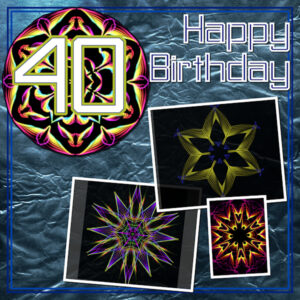