I had seen a picture that had used PSP’s DISPLACEMENT MAP EFFECT so decided to try the effect. Visited the sea front and photographed the sea wall (made of Granite blocks) and a near by Brick retaining wall. When I tried to use these for the effect I found them unsuitable as they had to much texture/detail. Back to the sea front to photograph the ripples in the sand(a much simpler texture). Wrong time tide in! Spotted a shoe floating in the sea (it looked so lonely) took some photos as it floated about. When I looked at the shot on the camera screen the ripples on the water looked good. Took a few shots of the rippled water.

Back home download photos to the computer and check them out.

What would the floating Shoe look like as a ‘painting’?

I then tried the PicTo Painting plugin that came with PSP2019 ULTIMATE. Itcompletely changed the look of the photo and what a change! 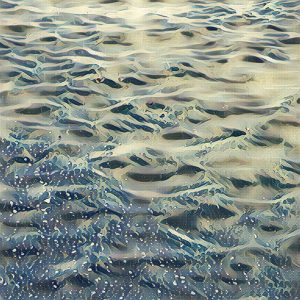 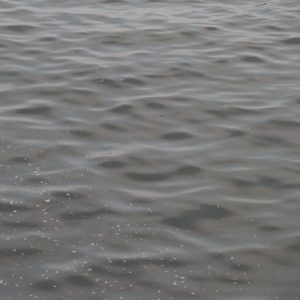 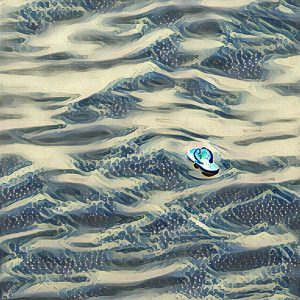 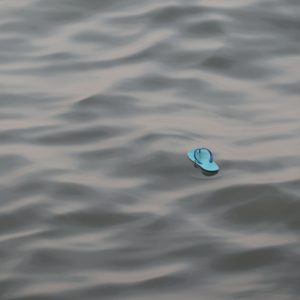