Not the best thing anyone has ever done, but I forgot about my friend’s bday and had to do this quickly. It’s the first time I’ve tried anything like this. I added texture to the dark purple layer. Then using what I learned in Lab 5-11, I scalloped the edges and then did the cutouts with the eraser tool using the same technique of using a guide. The embellishments are from the font that I used, Paladise Script and Paladise Bonus. My original idea was to do something like Cassel’s card and envelope sample, but I couldn’t figure out how to “grunge up” the paper. I used it for inspiration in a different way. 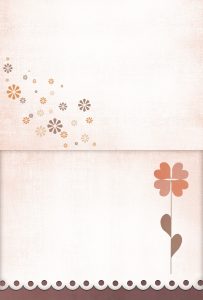 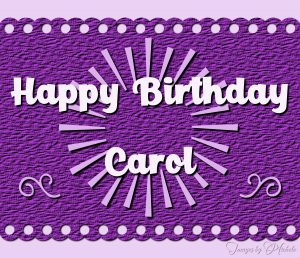