Reading the latest tips tutorial on making your own preset shapes jogged my memory that I had a script by Suz Shook to make preset shapes from Dingbats. So I had two differing topics to have a play with. I made a preset shape by vector tracing around a fushia which turned out well. I then used the script with dingbats and that worked really well but restricted to the actual Dingbat image.

Tonight I have been playing and I drew out a corner Dingbat Preset shape, used Simple plugin top left mirror and turned it into a black and white image, inverted it and then use Cassels Bronzit script. It resulted in a image that looked 3D. I used a photo of my Gt Gt Grandfather, used a sepia effect and Cassels Photo Mask script <span style=”color: #333333; font-style: normal; font-weight: 400;”>on it</span>. I love the effect and think I am going to use this technique on other old photos I have. Anyway TFL. 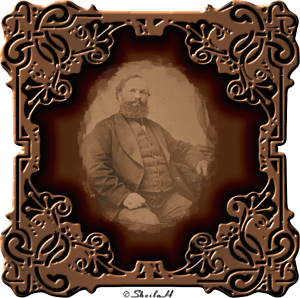 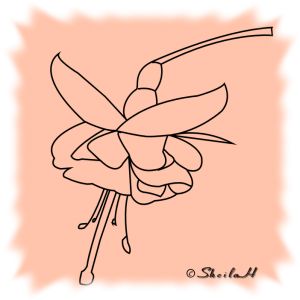