Sheila, I LOVE what you did with the butterflies and Mr. Snow is just adorable. I’m going to have to get that Directional Tube Script.

Yesterday’s theme for my FB gaming group was Country Thanksgiving. I immediately thought of Norman Rockwell’s famous Freedom From Want painting. The background came from Marisa Levin’s Thanksgiving Mini-Kit from Pixel Scrapper. I used the Sepia Toning Effect on the original colored Rockwell pic, then Adjusted the Vibrancy until I was satisfied it would blend well with the background. With a ribbon from Cassel’s Ribbon Factory, I used the Change to Target Brush to get the right color, but leave the subtle nuances of the ribbon’s texture. Cutting it to size, I duplicated it and placed the pieces to form the inner frame. I used a Merged copy of it so the 3D Drop Shadow Effect would give me the desired look. I used the round turkey flairs from Marisa’s Mini-Kit and added shadows to them, too. I was really going for a shadow box feel for the project and at that point, I was stumped as to what kind of frame to use for the outside. There weren’t any in my files that worked well. After playing around, I finally used a piece of the ribbon and resized it. I duplicated it, changed the angle on the duplicate to 90 degrees and lowered the opacity so the edges of both layers would show; then I Merged them into one. Using the Erase Tool, I made the Merged layer into a frame and, again, used the 3D Drop Show Effect. The font is Breathe that I purchased for $.90 in FontBundles’ monthly $1 sale.

Hope I didn’t bore you with all the details, but I learn so much when others explain how they got the results they did on their projects. If anyone has any suggestions as to how I could have achieved any of these steps in an easier way, I’m all ears. With the pressure of having to do my group’s pics in only an hour or two every night, I sometimes do things the hard way. It’s only afterwards that I find easier methods. 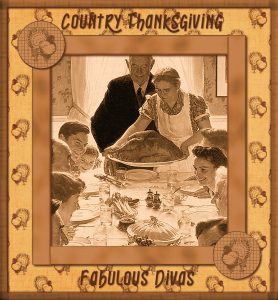