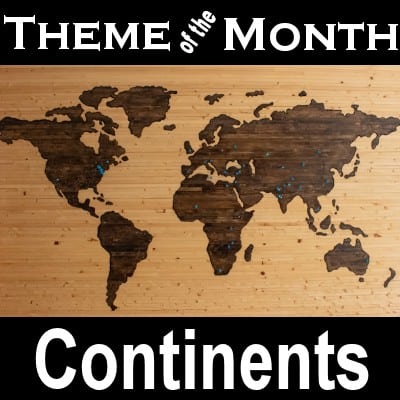 Conventionally regarded as collective regions, continents are the Earth’s main divisions of lands. Right now, we have a total of seven continents. These are Asia, Africa, North America, South America, Antarctica, Europe, and Australia. However, according to theory, we used to have a supercontinent called Pangaea which geologists believed existed during the late Paleozoic and early Mesozoic eras and began to break apart about 175 million years ago.

Can you imagine how it would have been like if that supercontinent did not break apart? I’m imagining that traveling from one country to another would have been much easier! Now I’m getting curious. How many continents have you explored and which one would you like to visit again once you can finally travel without any worries?

I know some of you already missed going to your favorite places abroad so for this month’s theme, we decided to show you some cool layouts that represent the beauty of the different continents of the world as well as the countries they have.