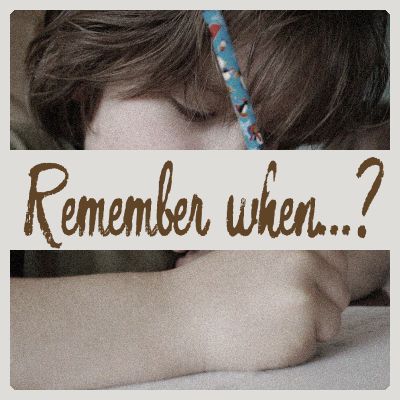 I was not a particularly accident prone child when i was young, but i still encountered a few accidents, as most youngsters. In grade 2, i was victim of a really freak incident.

The student on my left, a boy i can’t remember the name, was someone who was writing with a lot of pressure on his pencil. We were at that level when writing was still not an easy task, and for some, it was a laborious job.

One day, as he was writing, he had his paper fairly close to the edge of his desk, and as he was writing, and pressing hard on his pencil, he reached, not the end of the line, but the edge of the desk.  The physics made it so that the pencil went off the paper and the desk and continued its trajectory downward and to the right.

If he had been writing with normal pressure, he probably could have held the pencil, but it landed in my thigh. Yes, the end of the pencil got planted in the flesh, and furthermore, the lead broke off the pencil.

Not a splinter but...

I think my Mom removed the lead piece as she would have done for a splinter, but the mark stayed a very long time: i had a black spot on my thigh for months after.

Not a black eye though

I really don’t remember how painful it was (it probably was but i certainly remember the surprise of being stabbed in the thigh) but i do remember that black spot!

Did you ever experience a really freak incident? Maybe you caused it or maybe you were victim or maybe you just witnessed it? Share it in the comments.