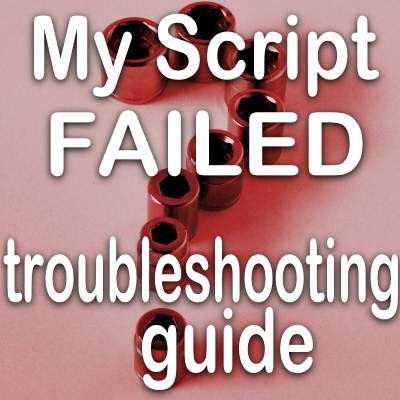 Scripts are great tools that are, by definition, a series of commands that will be executed in sequence on its own (or almost). PaintShop Pro has scripting abilities since version 8 and over time, various designers have coded scripts for photo enthusiast, scrapbookers or other graphic artists.

Scripts are made to save time to the users or allow them to create more accurate results than when the same steps are done manually. However, failures do happen when one does try to run scripts. Why is that? What can be done? Let's have a look at some basic reasons for a script failure.

Some scripts are coded or recorded using one particular PaintShop Pro version, but each version might have some particularities that the designer needs to be aware of. Occasionally, a designer either does not know about those details or does not think a user might be using such an old version of PSP. Some commands did not exist in older versions, so the script would automatically fail.

What to do? Test the script with another version if you have one. 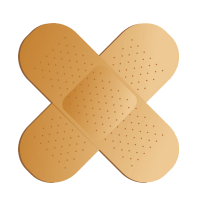 Most PaintShop Pro versions have had patches (or Service packs) released to fix some bugs that were identified either after the program was launched or too late to include fixes in that initial release. Some of those patches can affect some commands included in the scripts and would make the program behave oddly.

What to do? Make sure you have installed all the patches needed for your PSP version. Find the patches in the Resources section for versions 8 to X2. Other versions have their patches listed on the Corel site.

Most scripts can run from either folder, but to keep your computer safe, it is better to put them all in the Script - Restricted folder unless otherwise instructed. If you get a message saying something along the line of "This script has attempted an operation that is not permitted in a restricted script. This script may be run by moving it to a trusted directory."  that might be the issue.

What to do? Try moving the script to the Script - Trusted folder and see if it will run. If the script still fails with the same error message check to see if you have a copy of the script in the Script - Restricted folder. By default, PSP will check that folder first and if it finds a copy in there, it will NOT check the trusted directory, even if you are trying to run it from there.

Some scripts will need you to start with a particular element, or a number of images, or no image at all. Sometimes you need to have a vector element, other times you need a raster and the script won't work on a vector. Experienced scripters will have those options integrated into the script and it will notify you instead of just failing. However, you might be trying to run a script that was coded by someone less experienced or who had not expected the user to start with that particular set up. That information should be included in the README file that is normally in the zip file along with the script. If you start with the wrong image or the wrong size, you can have a script that will either fail or give a very odd result.

What to do? Check the README file to see how you are supposed to start the script.

Most scripts will not require you to select all the settings for each command. After all, if a script is supposed to help you by saving you time, why would you choose all those values? Furthermore, if you don't know what the values should be, you might enter something that will cause an error. In addition, for some unknown reasons, some scripts will fail when run interactively, even if you don't change any of the default value. Luckily, recent versions of PaintShop Pro have the Execution mode set to Silent by default.

What to do? Make sure the script is run silently by toggling the icon for silent/interactive mode.

Some scripts will use particular preset shapes, patterns or an additional script. If those supplies are not available or in the correct place, the script will likely fail or use the wrong element.

What to do? Check out the content of the zip file and place any additional supplies in the correct folder to be used by the script. Occasionally, if you need to use some new patterns, you have to "prove" to your PSP that it is there. In those cases, find the specific patterns through your Material palette and flood fill an image with it before running the script. It might sound odd but it happens often.

Many simple scripts are quite straightforward: you start it and it does all the steps alone. However, more advanced scripts will work in several steps and will temporarily stop and require some involvement from the user, either to open an image, choose a font, make a mark on an image, etc. before continuing. Usually, there is an instruction window that will list the steps the user has to take. In some cases, the user has to reactivate a specific image (often, the initial one created by the script) in order to complete the process. If the instructions are not followed, either the script will fail, will yield an unwanted result, will just restart instead of continuing or seem to just stop without completing the task it is supposed to do. 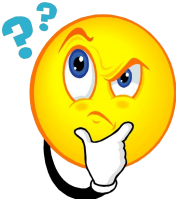 On occasion, it is possible that the script has a bug, is not coded properly, or one detail was skipped by the designer. In this case, your best option is to contact the designer to report the problem. Maybe you have a script that was coded a while ago and an updated version exists. In that case, the designer might just offer you that newer version.

What to do? If you need to contact the designer with an issue about a script, send as much information as you can (PSP version, error appearing in the SOP, what you started with, how the script fails, etc.). If you can include a screenshot of your program before you run the script and after the script fails (or stops), it would also help greatly.

Remember that scripts are great tools to help your use of PaintShop Pro, however, technology is occasionally not cooperating as we would like. Don't hesitate to contact a designer who has coded a script; an experienced scripter will find a solution or a workaround for the problem you are experiencing.

If you want a printable version of this blog post to use as a reference, simply log in or register.